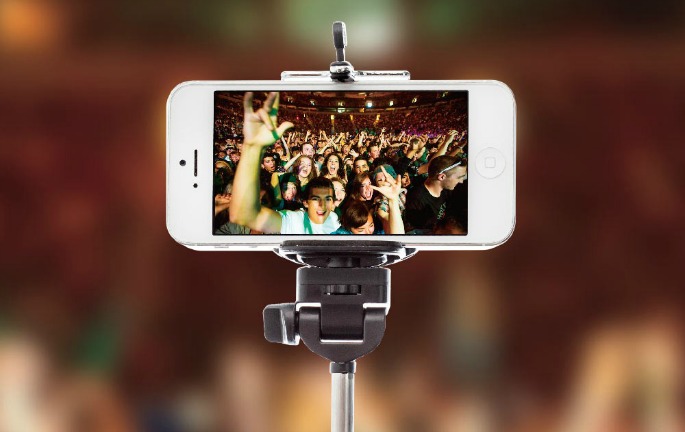 It’s for your own good.

Several of Britain’s biggest music venues have banned selfie sticks. The devices – long sticks that attach to your phone or camera to let you squeeze more faces into the frame – have been made unwelcome for several reasons, with some citing health and safety rules while others say it contravenes their no photography policy.

“Selfies are a big part of the gig experience,” said a deeply misguided spokesperson for Wembley Arena, speaking to NME. “The sticks might mean you are refused entry to the venue so our advice is don’t bring them and stick with the tried and tested use of an arm.”

The Academy Music Group, which runs Brixton Academy, said the ban at its venues was “in keeping with our existing policy that prohibits the filming and photography during a performance with iPads and other tablet devices and includes any such obstructions for the satisfaction of other customers.”

The O2 Arena added: “The O2 do not allow selfie sticks into the arena due to safety considerations. We welcome selfies, but please leave the stick at home.”

The gadgets have also been banned from Tottenham and Arsenal’s football grounds, while in South Korea the government has cracked down on “unauthorised” selfie sticks. So just put them away.