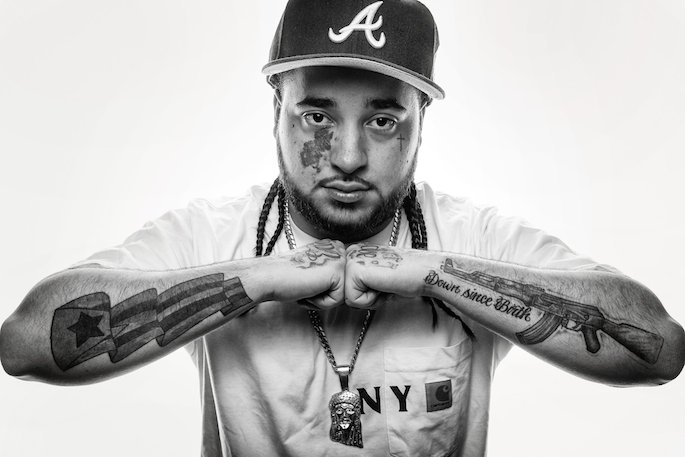 Sad news today as reports of the 26-year-old’s death hit the internet.

Yams, born Steven Rodriguez, co-founded New York’s A$AP Mob collective in 2007 with A$AP Bari and A$AP Illz. The crew would link up with A$AP Rocky and A$AP Ferg soon after; Rocky’s 2011 breakouts ‘Peso’ and ‘Purple Swag’ made the group a household name for rap fans.

Rodriguez remained a key behind-the-scene figure, a budding rap mogul often compared to Diddy, Damon Dash and Irv Gotti. In 2013, he told the New York Times, “We wanted to become big, but we didn’t want to do it by hopping on somebody else’s wave. We wanted to come in the game with our own wave.” The entire profile is worth reading.

The cause of death is unknown. A police report stated Rodriguez was found by his roommate, unconscious and unresponsive, then transported to Brooklyn’s Woodhull Medical Center. There were no apparent signs of trauma.

In a statement, his label RCA Records wrote: “All of us at RCA Records are shocked and saddened to hear of the death of A$AP Yams. As one of the creative forces behind A$AP Worldwide, Yams’ vision, humor and dedication to the members of A$AP Mob will always be remembered. We extend our heartfelt condolences to his family and friends.”

Yams’ collaborators and friends, including A$AP Rocky, Drake and Danny Brown, paid tribute to him online. A$AP Ferg wrote on Tumblr: “You will be missed Bro . We done touched a lot of ground together , landed on a lot of different soil!!! You will always be loved & your spirit will live on!!!”. A$AP Ant, meanwhile, has denied to Vlad TV that Yams died of an overdose.

As well as his work with A$AP Mob, Yams was known and loved for his Real Nigga Tumblr blog, where as well as highlighting new artists (including A$AP Rocky), he posted mixes specialising in r’n’b, Dipset rarities and more. Meaghan Garvey has rounded up some of his best for Complex, while mixes are also being uploaded in this Hipinion thread.

Passionweiss has also shared a previously unpublished interview with Yams from 2012, where he talks about “moulding” Rocky’s rap style and claims he spent his student loan on gold teeth.

R.I.P YAMS, I LOVE YOU BROTHER