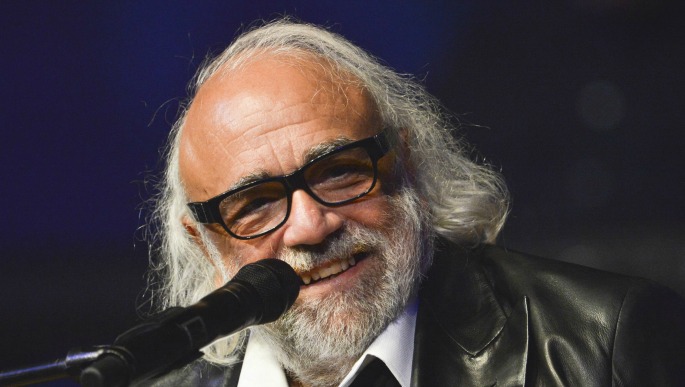 Greek singer Demis Roussos, a member of prog rock titans Aphrodite’s Child who later had a string of solo hits in the ’70s and ’80s, has died aged 68 in Athens.

Known to many for his flamboyant style and hit singles including ‘Forever and Ever’, ‘Goodbye’ and ‘Quand je t’aime’, Roussos also had a major influence on the weirder end of the rock spectrum through his work with Aphrodite’s Child. The band, whose members included keyboardist Vangelis, later famous for his Hollywood soundtracks, recorded three albums together: 1968’s End Of The World, 1969’s It’s Five O’Clock and 1972’s 666.

After Aphrodite’s Child disbanded, Roussos embarked on a wildly successful solo career, peaking in the mid-70s with multiple albums in the British charts simultaneously. He also created the soundtrack to Mike Leigh’s famed 1977 TV play Abigail’s Party and a vocal version of the score from the 1981 film Chariots of Fire, a Vangelis composition.

Amazingly, he was also involved in a plane hijacking in 1985 when Hezbollah held passengers at gunpoint on a flight from Athens to Rome – he spent four days in captivity before being released in Beirut.

Roussos died at the weekend. He had been in hospital with an undisclosed illness for some time. [via BBC News]

Wig out to the video for ‘The Four Horsemen’ from 666.