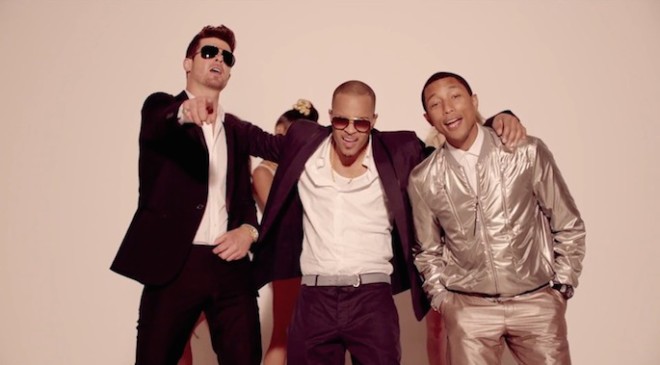 Gaye’s family warn that the case could set a dangerous precedent for the protection of copyrighted works.

The judge presiding over the ‘Blurred Lines’ copyright dispute between Marvin Gaye’s family and Robin Thicke and Pharrell Williams has had an abrupt change of mind regarding a key issue in the case.

In a surprise reversal filed on Wednesday, judge John Kronstadt said he had made a mistake when stating on Monday that the recording of Gaye’s “Got To Give It Up” could not be played at trial.

“This order represents a change from this earlier view based on the court’s further (self-imposed) consideration of the proof required,” Kronstadt wrote in his new ruling.

Judge Kronstadt stated that “upon reflecting further, he decided to change his position and allow playing excerpts of Gaye’s 1977 classic recording for jurors if they have been “tailored to the allegedly protected content asserted by” Gaye’s family.

Because the sound recording of ‘Got To Give It Up’ was not submitted to the Copyright Office in the 1970s, Gaye’s copyrights on the song are limited to elements expressed in the sheet music compositions.

“To avoid prejudice to (Thicke and Williams), these recordings would need to be edited to remove all unprotected elements such as percussion and backup vocals,” Kronstadt wrote.

“Any potential prejudice to (Thicke and Williams) caused the by the airing of Gaye’s voice, which is not protected, is something that could perhaps be addressed by a limiting instruction,” he said.

A lawyer for Gaye’s family does not believe that a fair trial can take place if the jurors cannot listen to and compare both pieces.

“Pharrell Williams and Robin Thicke started this lawsuit against the Gaye family, but then filed motions asking the court to prohibit the playing of Marvin Gaye’s song, which prevents the jury from comparing the songs,” lawyer Richard Busch said.

“We know of no similar case where this has occurred, and do not believe that a truly fair trial can take place if the jury cannot hear and compare both songs,” he said.

Busch also warned of the potentially dangerous precedent that could be set in the wake of the judge’s decision.

“That is not and cannot be the law. Instead, the Copyright Act required publication and registration, but once these statutory formalities are met, all versions of the composition fairly identified by the deposit copy were protected.”

The trial begins on February 10. [via The Hollywood Reporter]