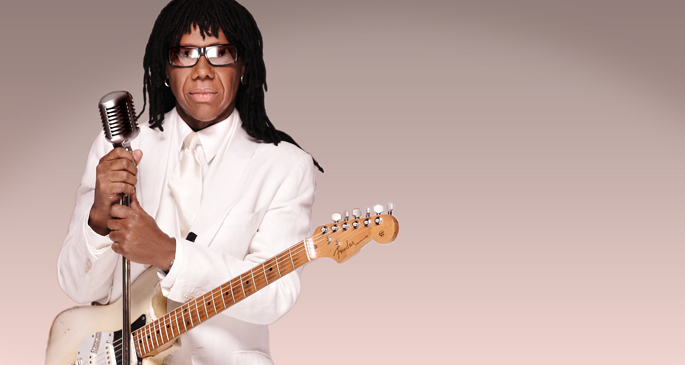 Nile Rodgers has enjoyed something of a renaissance over the last few years.

Aside from providing his signature licks to Daft Punk’s ubiquitous ‘Get Lucky’, he’s been touring relentlessly with Chic, making sure a new generation of fans is eager to follow his every move. It seems almost predictable then that he’s been snapped up by a major label, and it’s fallen to Warner Bros to do the deed.

Warner Bros. have not only picked up Chic (with a new album reported to be due in June, preceded by a single in March), but they’ve snapped up Rodgers’ Land of The Good Groove, the record label he runs alongside veteran music executive Michael Ostin. Warner Bros. Records Chairman & CEO Cameron Strang said of the deal:

“Nile Rodgers’ influence on the course of modern music cannot be overstated. For the past four decades, his visionary work as a songwriter, producer, bandleader, and musician has reverberated across genres and generations. From groundbreaking guitarwork, to an uncanny hitmaking instinct, to shaping the sound of countless artists, he has created a phenomenal musical legacy. Nile has never stopped moving forward, so I am thrilled to welcome him into the WBR family as he begins a dynamic new chapter of his extraordinary career. And I’m doubly thrilled that Michael Ostin will be returning to the WBR fold as Nile’s label partner.”

Tomorrow, Chic’s defining ‘Le Freak’ is set to be inducted into the 2015 Grammy Hall of Fame; if you need a reminder take a listen below.