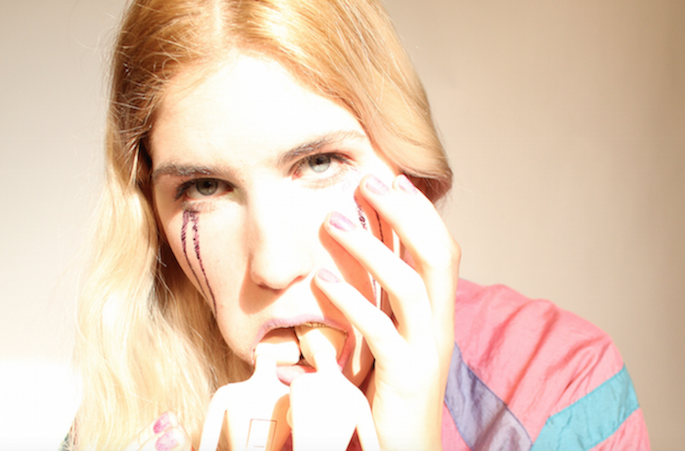 Alexandra Drewchin releases her debut album on one of our favorite new labels.

Though Alexandra Drewchin is best known as the frontwoman/main screamer in Guardian Alien she makes even more interesting music by herself as Eartheater. It’s a fitting name for how many different sounds Drewchin, a multi-instrumentalist, explores and breaks apart on her upcoming debut. Titled Metalepsis, it’s a constantly surprising album which makes for an easy fit on Hausu Mountain, one of our labels to watch in 2015.

She also does a pretty killer Kate Bush cover.

For a concentrated shot of what makes Metalepsis such an exciting record look no further that the two-minute headrush of “Youniverse.” Over a circular guitar riff Drewchin’s chants stretch like taffy. Drum’s build, anticipating some sort of rock climax that never comes. Rather, it stumbles off into ambient synth murmurs before melting into a blow out field recording of some people rapping, before Drewchin reenters for a few seconds plinking her guitar for a lovely coda.

“Youniverse” is indicative of Metalepsis‘s maximalist qualities throughout. It’s a promising way for Hausu to start what could be their biggest year so far, it’s a strong debut from an artist overdue for one, and it’s yours to buy on February 24.