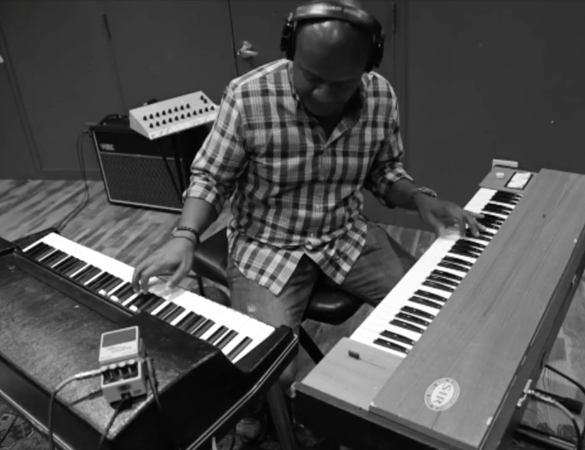 Artists including members of The Roots and San Francisco producer Matrixxman have contributed to the free resource.

If you’re a producer you’ve probably needed samples to add some flavour to a tune at some point. Unfortunately, the number of interesting royalty-free samples available can be difficult to find among the huge number of tech-house sample packs filling up the internet, making Converse’s new initiative a genuinely useful resource.

Opened just a few days ago, the Converse Rubber Tracks Sample Library is an online depository where producers can download royalty-free one shots, loops, and stems without having to pay anything. Each has been recorded by professional musicians at Converse’s Rubber Tracks, a community-based professional recording studio in Brooklyn, NY, or at various pop-ups around the world. Guitarist Vernon Reid, San Francisco techno producer Matrixxman, and members of The Roots and The Tonight Show Band are among those who have contributed to the archive so far, which includes just over 11,000 samples and counting.

The service requires an Indaba Music account to use, but once you’re logged in you can browse and download anything from ethereal vocals to percussion samples from a Brooklyn metal shop, with short videos even demonstrating the process that went into making them. As a means of showing off the potential of the library, Converse has asked 20 producers to create a track from its samples, including RJD2, Distal, Com Truise and LuckyMe’s Obey City – stream those below.