The album is partly inspired by his performance at Japanese techno festival Labyrinth, as he told RA: “What really brought the record together was the experience of the festival itself, both my actual set and just hanging out there for the weekend, and once I got home and back in the studio it was a really quick process. I was conscious that there were a few eyebrows raised when I was announced for Labyrinth, I guess from people who switched off around the time Hardbody came out, and it was nice to get the chance to remind people that I don’t tend to stick with one thing for too long, and it’s the same with the album: it doesn’t sound much like Hardbody.”

We’re guessing that Labyrinth isn’t the only influence on the album – track titles include ‘Needle Phobia’, ‘PCP’, ‘Why You Feel So Low’ and ‘All I Think About is Death’.

Rose added that there’s “constant pressure” from fans who want him to stick to one sound: “Ultimately you can never please everyone and all you can do is whatever feels right at the time. I don’t think anyone can accuse me of following trends or jumping on bandwagons or whatever, I just make the music I want to make and then wait for the haters to do their worst. I mean, obviously I fan the flames of it to an extent with stuff like that FACT Singles Club thing, but actually it’s always been like this for me: when my first album came out people either said it wasn’t proper dubstep or I wasn’t as good as Peverelist. So I’m used to it.”

Watch the video for ‘Why You Feel So Low’ below, which is being released as a single with a remix from Atom TM, and see the album tracklist and artwork underneath.

A launch party for the album is happening at Steel Works in London on March 28 with Scuba, Dense & Pika, Function and Jack Haighton. 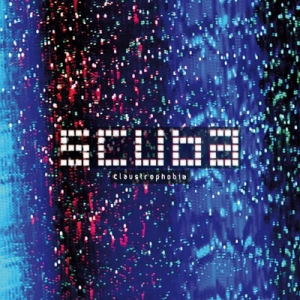