Power debuted as Blanck Mass in 2011, his self-titled album a collection of “high-fidelity soundscapes … designed to blow your mind rather than soothe it.”

Later this year, Power will return with another Blanck Mass long-player, Dumb Flesh. The album is billed as “a comment on the flaws of the human form in its current evolutionary state.” Power writes: “We are at the mercy of our genetic heritage everyday. No matter how intelligent we are compared to other life forms, we’re still made up of the same building blocks and things can go very wrong.”

The album saw several incarnations before its completion. “There must have been at least three occasions where I re-produced the whole thing, replacing instrumentation and experimenting with new machines until I was happy with where the evolution of the project had arrived,” he explains.

“That’s the difference between the subject matter of Dumb Flesh and the process of creating it; an end point can be reached. Saying that, I don’t like to stick around in one place too long so we’ll see where this leads to next.”

Lead single ‘Dead Format’ sees Blanck Mass moving towards the towering noise of his Fuck Buttons work — stream it below. Dumb Flesh is due out on May 11 via Sacred Bones Records; the striking cover art and tracklist follow. 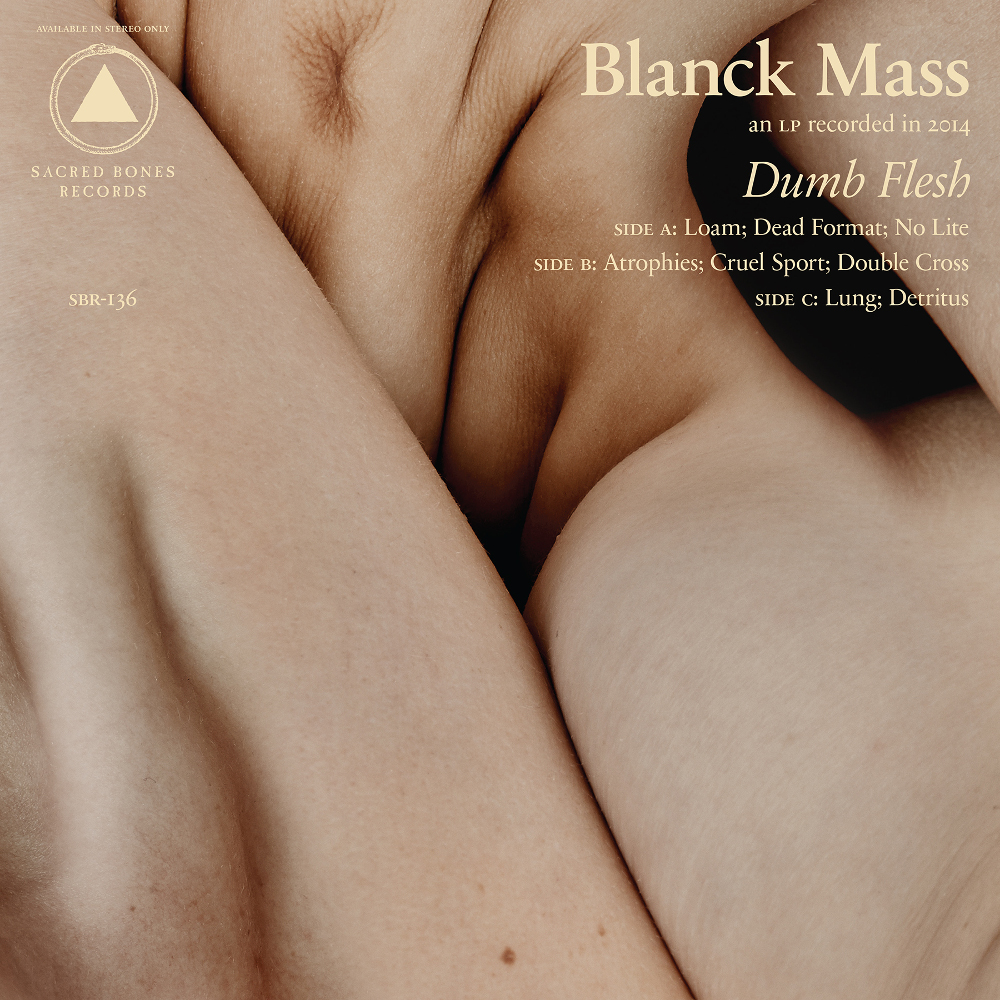 Side D
9. Life Science [Vinyl Only]