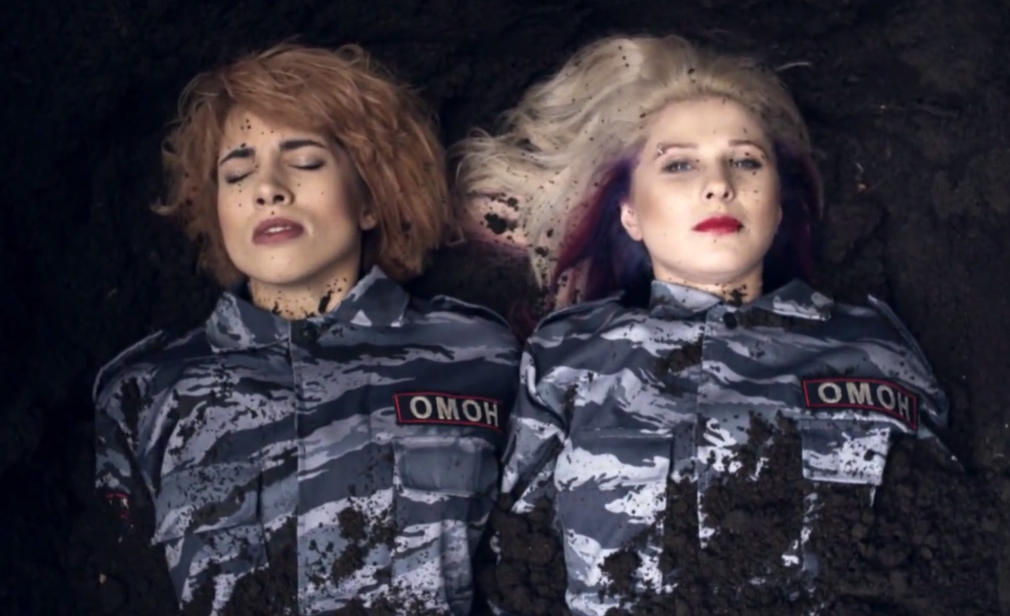 Pussy Riot have unveiled their first song in English. ‘I Can’t Breathe’ is dedicated to Eric Garner and “all those […] who suffer from state terror – killed, choked, perished because of war and state sponsored violence of all kinds,” as the group explain on YouTube.

In the video, Nadya Tolokonnikova and Masha Alyokhina, the Pussy Riot figureheads who were imprisoned for protesting in a Russian church in 2012, get buried alive while wearing riot police uniforms. A pack of Russian Spring cigarettes can also be seen, alluding to “those who are in love with Russia’s aggressive militant actions in Ukraine”.

Watch the video below. [via CoS]