Blur announce their first album in 12 years, The Magic Whip

Titled The Magic Whip, the album’s artwork was published in The Sun this morning with the suggestion that it’s for a “massive band, more than a decade after their last full studio release.”

The tabloid added that the band’s last album was released in the Chinese year of the goat, which was 2003, the year Think Tank came out. Back then, the band had just been shaved down to a three-piece after guitarist Graham Coxon broke off to pursue his own successful solo career for a few years, with Damon Albarn busy writing operas, Alex James making cheese and Dave Rowntree going into politics. The Britpop survivors patched up their differences for a reunion gig in 2009 and were last heard to be recording in Hong Kong, which may explain the Chinese theme of the artwork.

Update: there’s now a countdown on Blur’s Facebook page, which will end at 2pm GMT.

Update 2: the album’s available for pre-order on Amazon, who beat Blur to the punch. It’s out on April 27, that’s the tracklist below. Blur are currently trickling out information about the album on a live Facebook chat with Zane Lowe (the only real thing of note so far: the album came about after a live show in Japan was cancelled and the band had downtime in Hong Kong), and have also revealed that they’re headlining British Summer Time at London’s Hyde Park on June 20.

As well as the standard CD/mp3 release, there will be two vinyl versions of The Magic Whip: one standard double vinyl version and one special edition containing a 12″x12″ lithograph artwork. Both versions will be pressed on 180g heavyweight vinyl and come housed in a gatefold sleeve. More information on that here, via The Vinyl Factory.

Update 3: Stream the first track from The Magic Whip, ‘Go Out’. Where’s Hello Kitty when you need her?

Update 4: As NME points out, Albarn told Zane Lowe that they haven’t been sitting on the news for long. “We finished mixing last Friday and we literally mastered it yesterday… The reason that we’ve kept it secret is because we didn’t have a record until yesterday!” 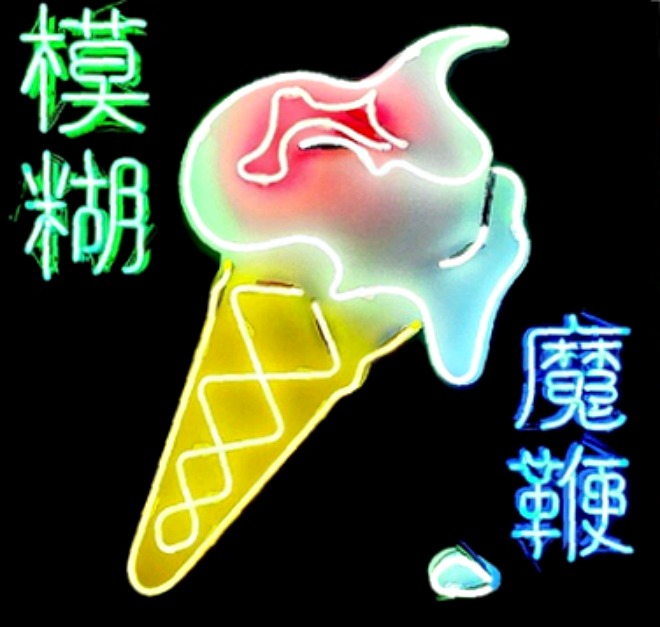