“Do the right thing” for a musician who has never seen royalties for the iconic sample.

The Amen break — the iconic loop that is at the foundation of hip-hop, jungle, drum’n’bass and beyond — is sampled from ‘Amen Brother’ by ’60s funk group The Winstons. However, despite its widespread use, the copyright holders of ‘Amen Brother’ have never received a penny for its use due to a variety of reasons (the statute of limitations, changing copyright laws, etc).

Back in 2011, BBC/1Xtra presenter Kutski tracked down copyright holder Richard L. Spencer, the lead vocalist and sax player for The Winstons and the arranger of ‘Amen Brother’, who said he would love for people to “do the right thing” and give a little something back for using the beat. (Gregory Coleman, the drummer who played the beat, never received any royalties and died homeless in 2006.)

Martyn Webster has set up a GoFundMe to do just that: “If you have ever written or sold any music with the amen break, or even just enjoyed one of the countless hundreds and hundreds of tunes that contain it over various genres and styles of music, please donate towards the good cause of the worldwide music community giving something back to the man behind the legendary breakbeat.”

“Please be aware, this is in no way a means to try to chase royalties, fees or to pay for sample clearance. It is nothing more than a gesture of good will and obviously totally volentary [sic],” writes Webster. The fund has already exceeded its £1,000 goal — in one day — and if you were set to buy the Amen break in wood, this is a good cause to consider. Here’s confirmation from Spencer himself: 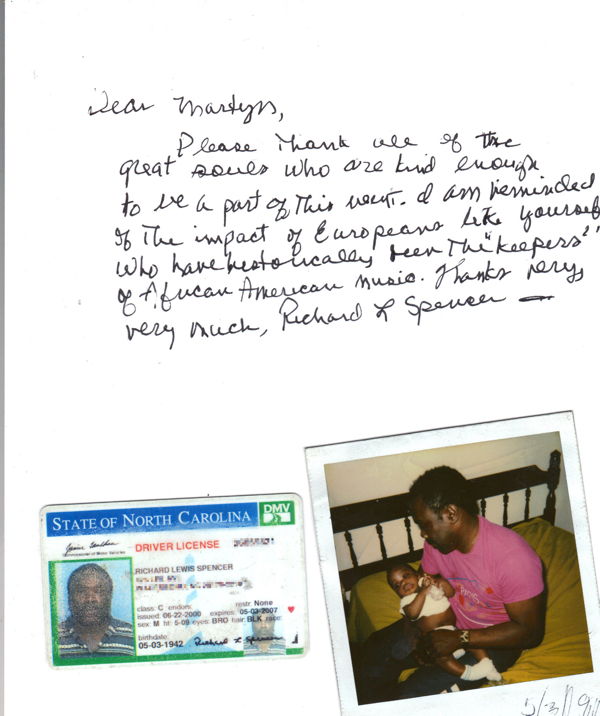