A track so exclusive only seven people were allowed to see him rehearse it.

The best (and you could argue only) reason to watch the BRIT Awards this year came from the last minute announcement that Kanye West would be performing a new song off his upcoming album at the awards ceremony.

After being introduced by his wife Kim Kardashian, West appeared on stage to perform backed by a huge crowd of men (including grime artists Boy Better Know, Novelist and Stormzy and UK rappers Krept and Konan) firing blowtorches.

The song in question was ‘All Day’ which we heard in a rough version last year. It follows ‘Wolves‘ which was performed during the Saturday Night Live 40th anniversary special. Kanye was joined on stage by rising rapper Fetty Wap.

Watch the full performance below – unfortunately the audio is patchy because ITV had to keep muting the swears. 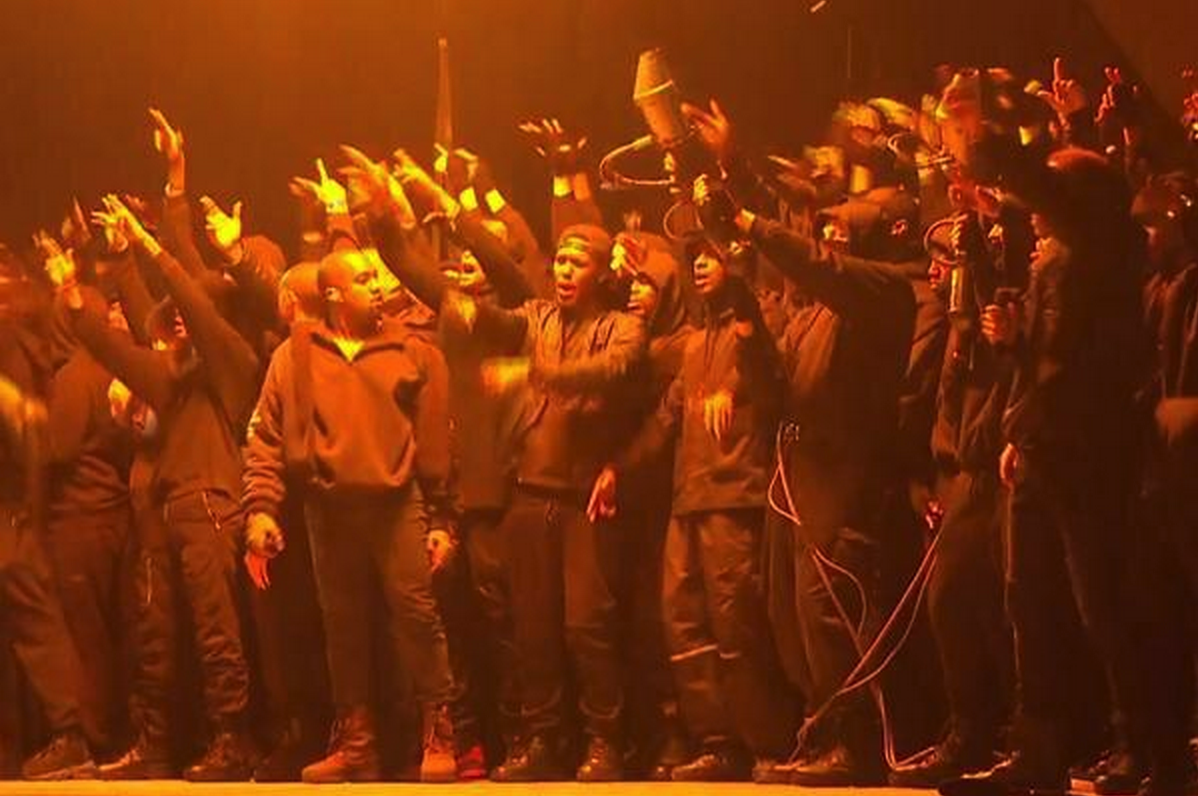