This insider tip will change the way you buy records online.

We’ve all been there – you’ve bought a record on Discogs or eBay with a VG+ condition rating, only to find it looks like it’s been cleaned with a belt sander and a fork. And although we know that ‘life has surface noise’, it’s frustrating when the record you’ve bought not only looks ratty but sounds like it was recorded in a wind tunnel. But there’s a simple and ingenious solution to help you avoid buying scratched records: Photoshop.

“The problem (mainly for buyers, of course) with photographing vinyl is it’s hard to photograph something that is black and shiny and still capture the actual surface of the record unless you understand manual photography,” says the brains behind the tip, Reddit user REMAIN_IN_LIGHT.

“In fact, the shine (‘luster,’ ‘gloss,’ whatever you want to call it) of a record – which often remains a characteristic of the vinyl regardless of surface marks, unless the record is very, very worn – can be misleading as to its true condition. A camera’s automatic exposure factors mostly in the highlights, and a lot of information remains buried in the shadows.” 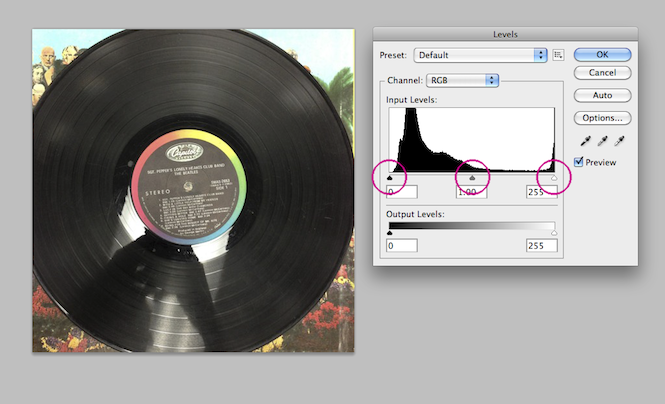 The answer? Drag the image into Photoshop and get creative with the levels. It’s pretty simple – choose Image > Adjustments > Levels (Command+L is the shortcut) and have a play with the sliders (the circled triangles in the image above) until you reveal what’s hidden behind the darker, shadowed areas of the disc. 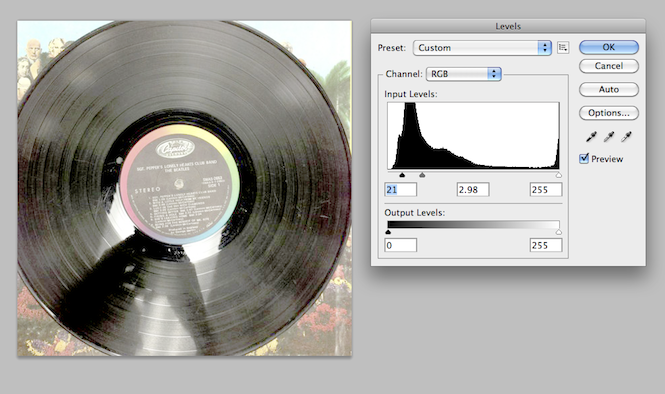 The results can be shocking. As shown in the image above where the levels have been adjusted, you’re now in a position to make a much better judgement on the condition of that record without having to rely solely on the description and/or reputation of the seller. [via The Vinyl Factory]