Metallica are releasing a cassette 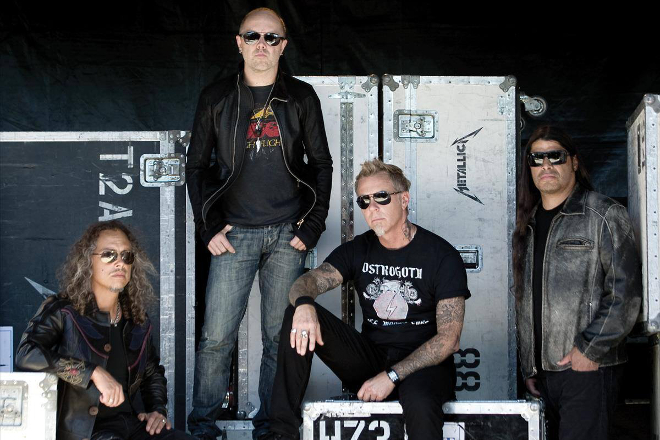 Even the ageing rockers are getting in on the tape revival.

The humble cassette might have had something of a revival among small independent labels, but it looks like rock gods are getting in on the act too. On Record Store Day this year Metallica will be releasing an early demo tape on – appropriately enough – cassette format, on the band’s own Blackened Recordings label.

As Rolling Stone reports in an interview with drummer Lars Ulrich, No Life ‘Til Leather dates from 1982, the year before the release of their debut album proper Kill ‘Em All. The raw seven-track cassette was supposedly widely traded by metal fans on the underground tape scene, and the new reissue represents the first time any of Metallica’s early demo material will have been officially released.

The cassette has been remastered from the original tapes, in order to keep “the same innocence and, I guess, borderline ignorance, of four kids barely out of puberty, rockin’ along, doing their thing,” according to Ulrich. Fans of the drummer will also be pleased to hear the artwork features Ulrich’s own handwriting, and for those without cassette players, it will be released this summer on expanded CD and vinyl versions.

Metallica may have helped kill Napster, but evidently even they have succumbed to the need to repackage their old material to make a bit of extra cash in the age of digital music – No Life ‘Til Leather is apparently just the first in a series of expanded Metallica reissues that Ulrich hopes will be able to stand up with legacy reissue projects of bands like “the U2s and the Led Zeppelins and the Oasises.”