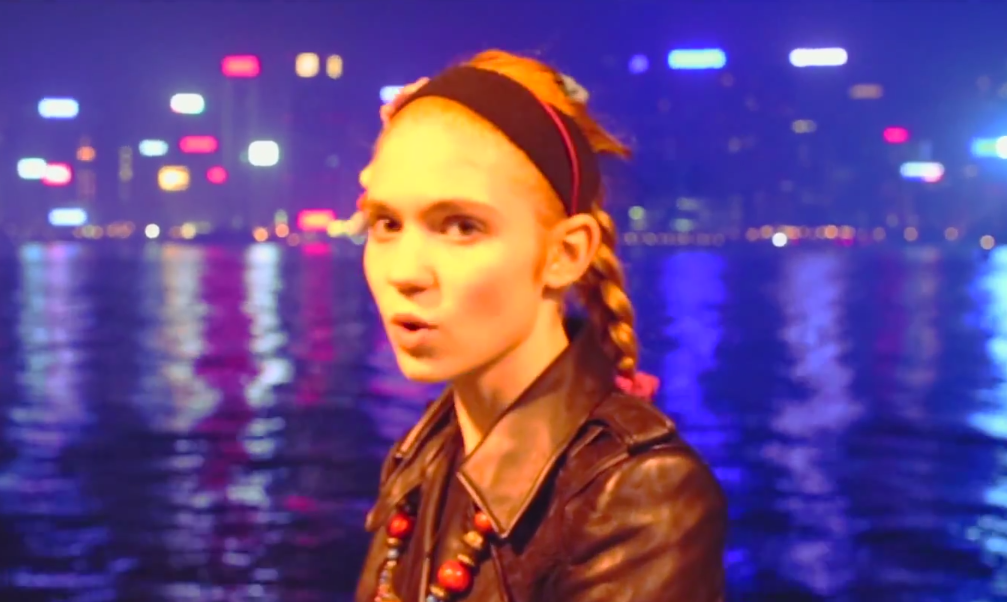 Hear a leftover from the singer’s “lost album”.

Last year Grimes scrapped the record she was working on, saying her new material “sucked, so I threw it out and started again.” Partly prompted by fans’ negative reaction to ‘Go’, the poppy track initially intended for Rihanna, the Montreal artist said she would start again from scratch.

Now nearing completion of her second attempt, Claire Boucher has freed a song from the original sessions as a thank you to her fans in southeast Asia.

‘Realiti’ was “never finished”, she explains on YouTube. “[I]ts a demo from ~ the lost album ~, recorded early 2013. i lost the ableton file, so its not mixed or mastered. i tried to doctor the mp3 into a listenable state, but it was poorly recorded in the first place and never meant to be heard by anyone, so its a bit of a mess haha.”

She added: “Since this is no longer gonna be on the album, I’m releasing it as a special thank you to everyone in Singapore, KL, Manila, Jakarta, HK, Shanghai, Beijing, Taipei, Seoul, Osaka, Nagoya and Tokyo who came out to the shows. It was an honor to play with a bunch of amazing bands and travel to places I would never otherwise be able to go.”