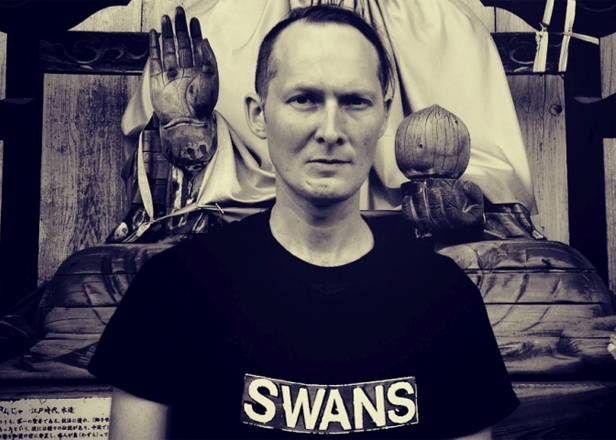 Australian sonic provocateur Lawrence English will reissue one of his most treasured works later this month.

English’s album The Peregrine was originally released in a limited run of 500 copies back in 2011 before quickly going out of print. Along with a fresh run of LPs, the reissue will bring the album to digital formats for the first time.

The Peregrine is Lawrence English’s homage to J.A. Baker’s obscure novel of the same name. According to English, there are parallels between the evocative soundscapes found in his music and the descriptive prose found in Baker’s text.

“I feel The Peregrine epitomizes a kind of obsessive rendering of landscape and environment,” he says. “Throughout the book, Baker places central focus on the micro and macro worlds which surrounding him. He expends as much attention on the shape of clouds or the murmur of a river as on the bird, which inspires him to write.”

“This book changed my life. So much so that I felt it necessary to make a record about it and find some small way to respond to what is, in my opinion, one of the finest literary outings of the 20th century. I hope you can find some space in which to experience both the book and this record. I am pleased to have it available widely on digital and LP formats.”

Room40 will reissue Lawrence English’s The Peregrine on March 31.