The two house luminaries have crafted a double pack together.

Jus-Ed and Move D have unveiled a new collaborative release. Entitled the Brothers EP, the package contains four tracks that are split across two 12-inches. The pair previously collaborated on 2011 single ‘It’s A Struggle’.

The artwork for the EP states that the release was “four years plus in the making,” adding that “Move D and DJ Jus-Ed are hand and glove [sic] when DJing… now experience their co-produced music.”

A release date for the EP has not yet been announced, but Jus-Ed’s label Underground Quality has confirmed that the Brothers EP is “up next” in their release schedule.

You can check the tracklist and artwork below. [via RA] 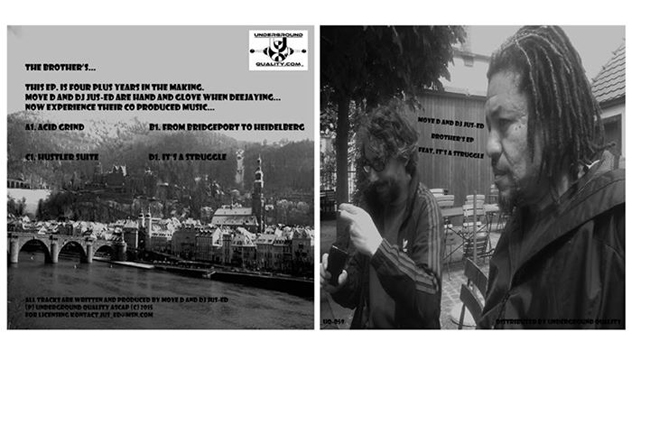