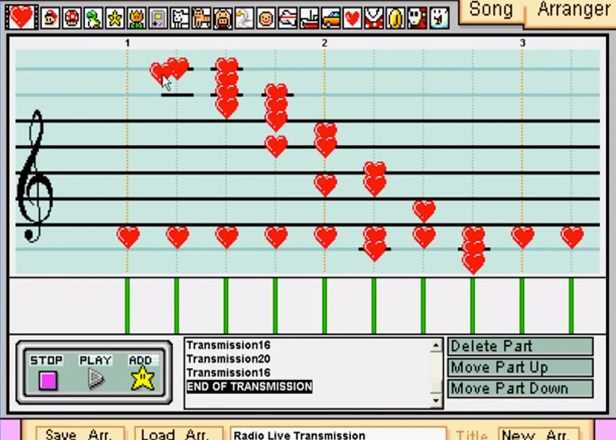 Kraftwerk, Slayer and Nirvana have also received the chiptune treatment.

Back in 1992, Nintendo released the Mario Paint game for their Super Nintendo Entertainment system. Mario Paint was a basic drawing tool that came packaged with a mouse and mousepad and allowed users to create looping animations similar to GIFs.

Although it was originally created as a drawing utility, Mario Paint is perhaps best remembered for its music composer feature. More than two decades after the game’s original release, Mario Paint has undergone somewhat of a renaissance thanks to emulation software. Amateur chiptune musicians have been covering hits of yesteryear using Nintendo’s iconic sound library and uploading their creations to YouTube.

We’ve picked out some of the finest efforts below, including a genius version of Joy Division’s ‘Transmission’ and covers of Kraftwerk’s ‘The Robots’, Slayer’s ‘Angel Of Death’ and Nirvana’s ‘Smells Like Teen Spirit”.  [via Motherboard]