Featured Stories I by Ryan Alexander Diduck I 17.03.15

Bandwidth: As electronic music festivals get bigger, are they in danger of becoming stale?

Bandwidth is a column by Ryan Alexander Diduck about interactions between music, media and technology.

In the 21st century, musicians are arguably more reliant on live performances — for an audience, for an income — than they have been since the inception of recorded sound.

With album sales evaporating, regardless of format, playing in public has become the primary method many artists make a living. But while being on the road is increasingly a fact of life for musicians, international festivals are gradually replacing traditional touring circuits. Specifically, electronic music festivals have proliferated to such a degree that, on any given weekend, there is likely one pumping away near you.

With so many multiplying across the cultural landscape, one important question to consider is whether there’s still something special about them: are festivals doing the good work of democratizing musical experiences? Or are they standardizing and regulating the creative terrain for everyone?

London DJ Moxie says her musician friends are often on the road for months, “and that’s just hopping from festival to festival. At the moment, it does definitely feel that there are more festivals than ever, and it can be overwhelming to stay on top of what’s going on.”

“I think festivals are now the Netflix of music,” suggests Dr. William Straw, urban night researcher and McGill University Professor of Communication Studies. “People want to pay flat amounts to see a whole bunch of things. Festivals can be curated in ways that give them local distinctiveness and connect them to other art forms. What’s positive is that it gets people hearing performers they wouldn’t normally hear if they just went to non-festival shows.”

Indeed, the opportunity for wider exposure is what sells the idea of playing festivals to emerging artists, who aim for access to the fans cultivated by better-known headliners. “When I was starting out I had people book me off the back of seeing me play festivals,” agrees Moxie. “It’s definitely a good look for anyone wanting to get noticed on a greater scale. If you want longevity you need to build a following.”

But once a following is built, the pursuit of scale can become prohibitive, especially for smaller boutique festivals navigating an increasingly professionalized music industry. Despite the rhetoric that tastemakers have all but disappeared in the digital age, a new kind of live-gatekeeping has fallen under the purview of artists’ delegates: labels, agents, managers, bookers, PR, publicity and so on.

“Live fees are the main income stream for most artists,” states Alex Benson, curator of Bloc. “Artists appearing on your programme are the sole motivator for selling tickets. The artist’s representatives bargain accordingly.” 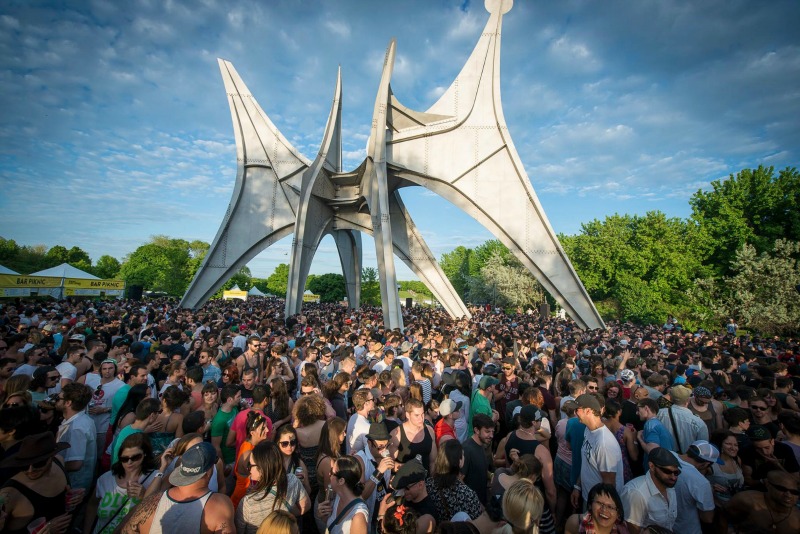 “I thought electronic music deserved a festival dedicated to the art practice rather than the party.”
Alain Mongeau, MUTEK

For Alain Mongeau, creative director of Canadian festival Mutek, the change has been “quite terrible”. “Artists have more needs, they charge more fees, and a whole mechanism has evolved around that. We’re lucky because our reputation is strong and respected. But now, everybody has an agent, and some have a manager too, which never existed before. In the last three years it’s just totally gone out of control,” he says. “It’s a different game now.”

Lisa Meyer, artistic director of Birmingham’s Supersonic festival, relays a similar story. “The economic challenges have become huge. We fundraise year-round to make Supersonic happen and to make sure we can pay the team, the artists and the crew. But fees have become more expensive, production costs have gone up – hotel rooms, etc – and yet audiences’ expendable income has gone down. So we have to work really hard to make it all work.”

In 2003, Meyer and her company conceived Supersonic – which takes place in Digbeth, the post-industrial birthplace of Black Sabbath, Godflesh, and Napalm Death – as the kind of festival they wanted to attend as fans. She believes it’s the subtle things that make Supersonic extraordinary: “We use an amazing sound crew, and we have really high production values for a festival of our size.”

Likewise, Mutek was founded in 2000 with similar principles at heart. “The way that the festival was established 15 years ago was already an act of differentiation from the club scene or the rave scene,” recalls Mongeau. “I thought that electronic music deserved a festival that was dedicated to the art practice rather than the party factor.”

In contrast Bloc, which began in 2007 and has grown to become one of the UK’s most popular electronic festivals, has the party factor built in. Benson describes the Butlins holiday resort in Minehead (to which Bloc has now returned after an ill-fated attempt at bringing the festival to London in 2012) as a “self-contained pleasuredome,” which is “mental different from pretty much anything else.”

For savvy audiences orienting themselves around the at-times mental festival territory, technology is now of vital importance, as fans connect with what’s going on through websites, smartphones, online ticketing, schedules, maps, apps, and social networks. “We depend entirely on a small number of web-based apps to run Bloc,” Benson says. “However we always find that less is more. We would not develop a smartphone app. They can be so vulgar.”

“When I started with Mutek we were the first festival in Montreal that was indigenous to digital culture,” say Mongeau. “The tools have evolved and improved, but the kind of posture or attitude towards technology was there from the beginning. The mindset was always there.” 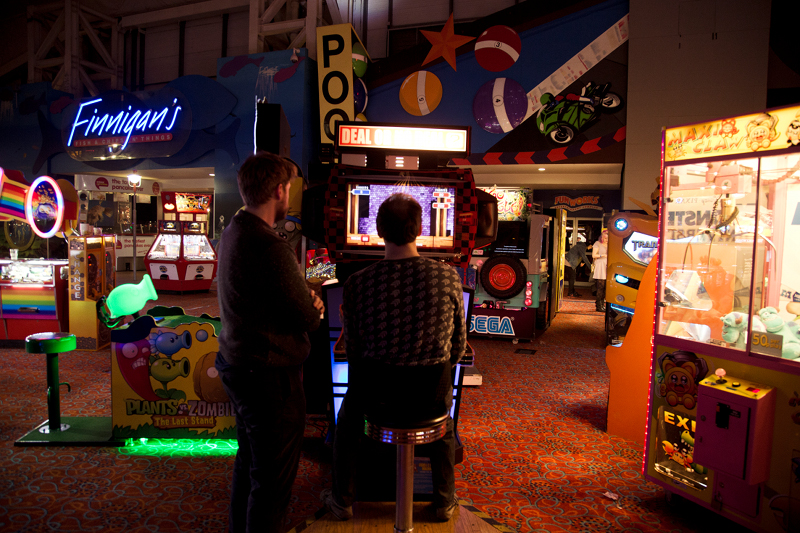 “Artists on your programme are the sole motivator for selling tickets, so the artist’s representatives bargain accordingly.”
Alex Benson, Bloc

Connecting with fans through social media has its own pitfalls, however. “The negative side is that you can see both the good and bad comments,” says Meyer. “Everyone’s an expert without understanding any of the complexities of running a festival. You have to learn to take these with a pinch of salt.”

Most of the festival organisers agree that a sense of place is one of the most important differentiating factors for music festivals, representing a significant draw for would-be tourists. Holidaying these days, notes Straw, is more about “young people in search of edgy cultural activities rather than sunny beaches.”

In Birmingham, artist-led projects happening in the city contribute to the festival atmosphere and are part of the local ecosystem, says Meyer. “It’s as much about creating the right ingredients for a strong sense of community and the social aspect.” Some people have even moved to Montreal for Mutek, claims Mongeau. “Not only because of the festival,” he elaborates, “but because of the sense that there was something going on here.”

That wasn’t always the case – although it was a popular disco hub in the late 1970s, by the turn of the millennium Montreal was known more for its post-rock scene than as a dance music destination. “Back then, it felt like Montreal was one or two trains behind what was happening in Europe,” says Mongeau. “We wanted to establish a post here, and establish a dialogue. To our surprise, after the first edition, we were contacted by seven different cities in Europe to do a Mutek there, so we felt like we were doing something right.” In this way, it seems festivals can effectively construct a vital and coherent local scene simply by giving the impression of one.

Since 2008, Mutek has operated under the aegis of the International Cities for Advanced Sound, a global network of independent, non-profit arts organizations working together to foster novel sound cultures and related activities. ICAS now oversees 35 festivals worldwide, including FutureEverything, Unsound, and Decibel, among others, and operates upwards of 250 annual events. “In the first years, it was collaborative, and fear grew that the festivals were going to turn into each other,” says Mongeau. “But it never really happened, because each incarnation is quite different.”

“We can’t afford to have bands fly out exclusively for us,” says Meyer, “so we have to work with other festivals to make it worthwhile for artists to cover their time and expenses. We could fill the programme 30 times over with requests to play, but the reality is we only have a certain number of spots on the bill. No one wants to see 10 of the same type of acts – it’s as much the responsibility of the audience to take a risk on a line-up of relatively obscure acts.”

So with festivals relying on other festivals, and dedicated networks displacing traditional tours, are they in danger of just becoming reiterations of themselves?

What makes each festival ultimately unique is a rare combination of location, curation, and some intangible, elusive essence. It can be a complex recipe, and not every festival gets it right every time. But the most successful of the bunch make each instalment interesting and important within the global context of avant-garde art, by cultivating an experience rather than an ordinary event and stimulating vibrant discussions around music, technology, and media.

“I love playing festivals,” Moxie concedes. “Each one has its selling points, and each of these is very different from the next. I don’t think I’ll ever tire of playing them.”