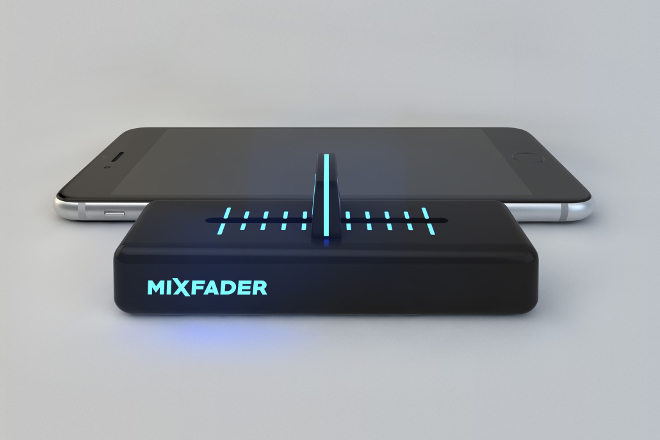 The quest to recreate analog technology for the digital realm continues.

There are plenty of DJ apps available for iPad, but the lack of tactile crossfader control has made it difficult for turntablists to pull off more intricate scratch moves with any confidence. App developer DJIT wants to change that with the introduction of the Mixfader, a wireless crossfader designed for use with its Edjing app for iOS and Android.

The Mixfader connects via Bluetooth, and according to the company should function with any smartphone or tablet without any latency issues. The Mixfader doesn’t change the fact you’re manipulating a virtual record on a touchscreen, but there’s no practical way of carrying a set of turntables in a backpack as yet that we’re aware of.

There’s no price for the Mixfader yet, and the device device won’t be arriving until the autumn, but you can see it taken though its paces on the video below.

For more reading on making music on the go, check our list of the 10 best quick, cheap and easy music-making apps for iOS. [via The Next Web]