Annie Clark has been accused of taking knives to a number of paintings by a Chilean artist.

St. Vincent performed in Santiago on Saturday for the Chilean edition of the Lollapalooza festival. The former Polyphonic Spree member has found herself in a bit of trouble after she allegedly destroyed a series of artworks that were hanging in her dressing room.

The paintings in question were created by Chilean artist Constanza Ragal Chaigneau. Chaigneau is demanding $4,500 in damages from Clark, according to Chilean paper La Tercera.

The artist claimed in an Instagram comment [pictured below] that the paintings were destroyed with “knives and violence”.

According to MTV, Clark stayed in Chile for a few days more than originally scheduled. It isn’t clear whether she was prevented from leaving the country or whether she opted to stay and reach some sort of agreement with Chaigneau. [via Stereogum] 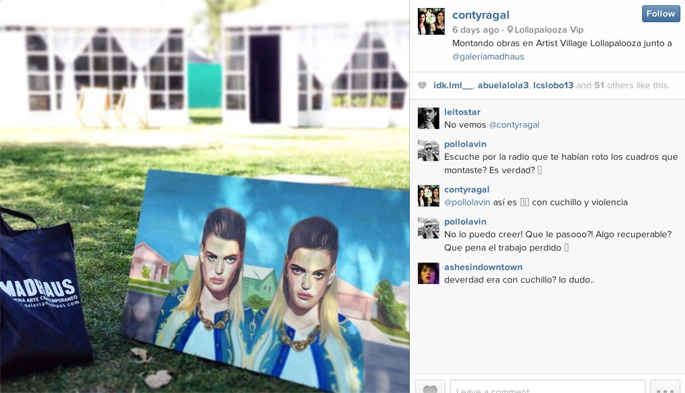