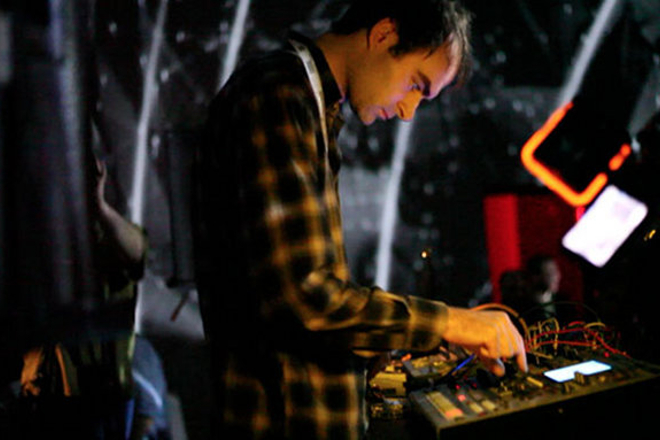 Photo by: I Dream Of Wires

The US noise techno figurehead’s next album is “architecturally dextrous and club-minded”.

Ren Schofield will release his third album as Container on Spectrum Spools in June, his first since 2012.

Emerging from Providence, RI, Schofield’s abrasive brand of hardware techno is as much inspired by Detroit minimal producer Daniel Bell as the output of the city’s noise scene, and his ear-splitting live sets have seen him straddle the divide between intimate basement venues and large clubs.

Like both of his previous albums for the label, released in 2011 and 2012 respectively, the new album is simply titled LP. According to the label, it’s “the most explosive offering in the Container oeuvre, capturing the raw and unhinged essence of the live Container experience while exploring new compositional and sonic limits.”

Released on June 8, the seven-track album follows EPs for Morphine and Liberation Technologies. Watch a video for album track ‘Eject’ below, and revisit FACT’s interview with Schofield from last year. [via Juno Plus]