Listen to the thrumming Golden Rule from Tresor’s mysterious Confucio 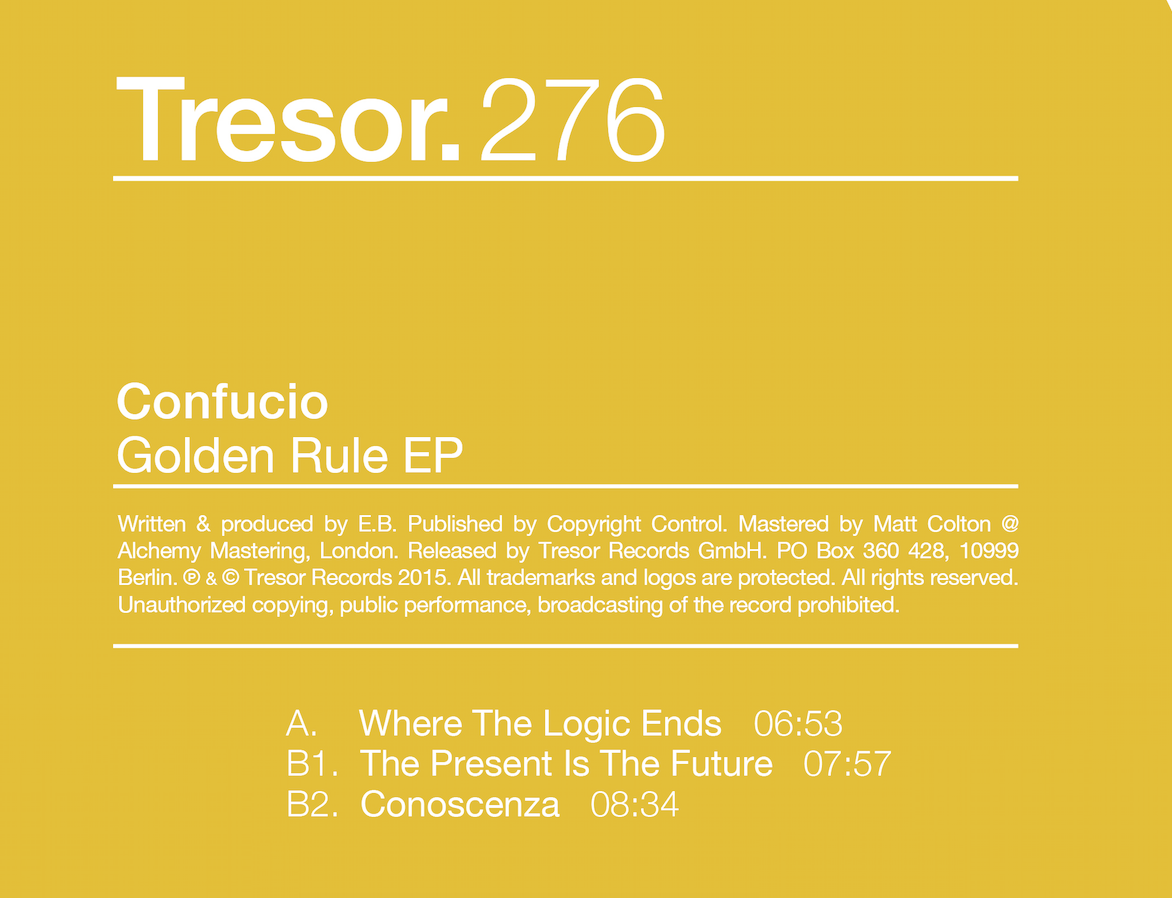 Stream the new EP from the anonymous techno producer Confucio.

Though Berlin’s Tresor have been tight-lipped about the actual identity of Confucio, the music on the producer’s new EP, Golden Rule, speaks for itself. The EP brings us three extended, surprisingly varied, techno workouts. The highlight comes with the centerpiece ‘The Present Is The Future’ which takes the edge of its persistent beat with glacial, beautiful ambient tones.

Update: It’s emerged that the lead track on this record, ‘Where The Logic Ends’, plagiarises Stanislav Tolkachev’s 2006 single ‘Blue Mood’. Tresor have pulled the release, and we’ve removed the audio from our Soundcloud.