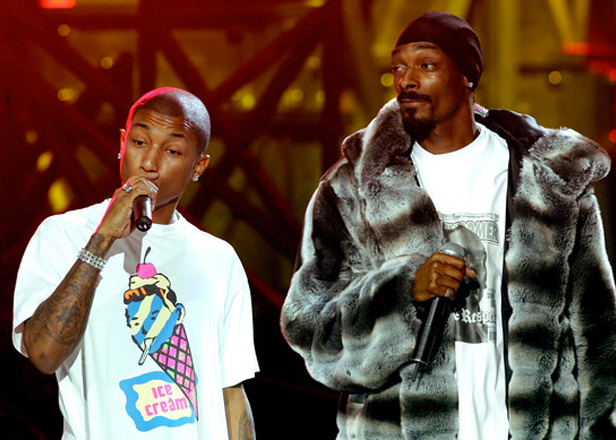 Snoop shares the second track from his forthcoming album, Bush.

As reported back in October, Snoop Dogg’s upcoming Bush LP is being produced entirely by Pharrell Williams. The West Coast rap icon signed to Pharrell‘s Columbia imprint I Am Other last year and will release his first project through the label on May 12.

We’ve already heard lead single ‘Peaches N Cream’, and today a new track entitled ‘So Many Pros’ has surfaced. The new single is just as groovy as the first effort, and comes with the added bonus of backing vocals from soul veteran Charlie Wilson.

Stream ‘So Many Pros’ below. [via HotNewHipHop]

N.E.R.D are weighed down by their famous friends on No_One Ever Really Dies

Singles Club: Frank Ocean is an Aphex Twin nerd just like the rest of us