Lamar also had some kind words for Lil Wayne and hopes to get back on tour soon.

Kendrick Lamar may maintain a very low profile on social media, but TDE boss Anthony Tiffith convinced the rapper to participate in a Q&A session with fans on Twitter earlier this evening.

When asked who his favourite artist in the game was right now, Lamar answered with Earl Sweatshirt. The Compton native also stated that Lil Wayne was one of the most influential artists of his generation, and revealed that legendary pimp Iceberg Slim was the inspiration for the title of his latest album.

See Kendrick’s responses below. [via Pitchfork] 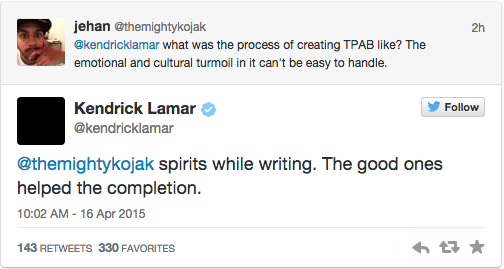 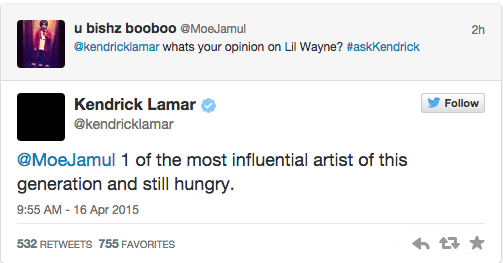