A$AP Mob are in London, and Rocky has already got into a scrap.

Ahead of their warehouse party with Boiler Room (which will also feature sets from Elijah, Skilliam and Maximum, Livin’ Proof and more), Rocky was filmed getting into an altercation in one of Brick Lane’s famed bagel shops. Maybe it was over which shop was better? Who knows. Either way, Rocky’s already said this: 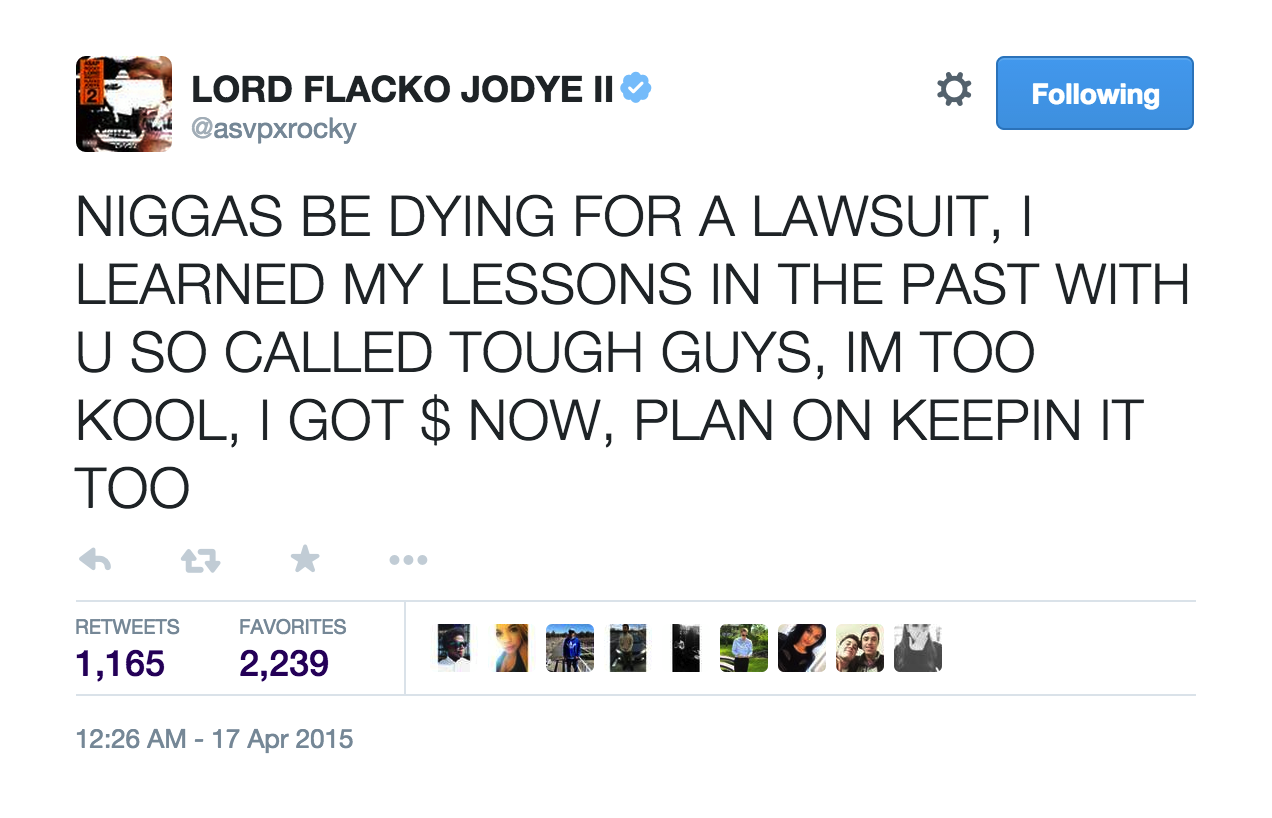 Which is probably fair, really. Watch the video below.