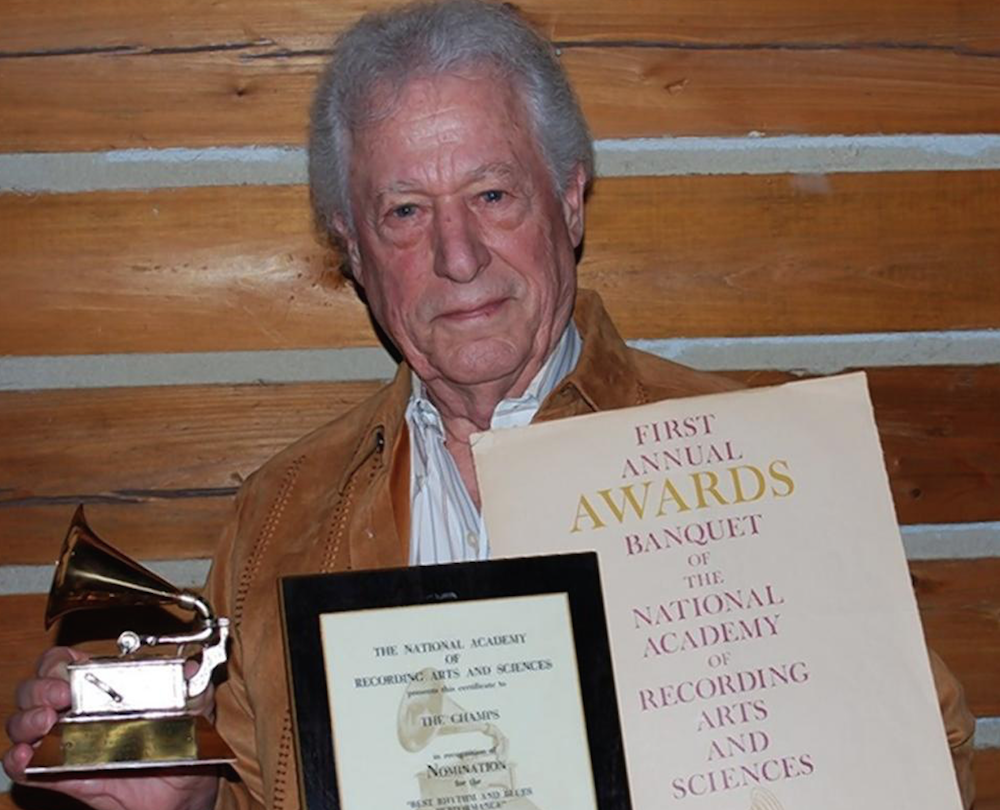 “I prefer not to sell my Grammy but there is an illness in my family … they don’t own the Grammy. Most of the people over there weren’t even alive when I won.”

In 1959 Dave Burgess and his band The Champs took home some of the first ever Grammy awards in what was the inaugural ceremony held by the National Academy of Recording Arts and Sciences (NARAS). Half a century later, Burgess still has his Grammy, though not for long.

The musician has announced he will be letting the statuette go to the highest bidder in a public auction. Burgess explained to the NY Daily News that due to an illness in his family he needs the money to pay medical bills. He’d rather not part with the award, but if NARAS get their way he won’t be able to.

The Academy (much like the Academy Of Motion Picture Arts And Sciences with Oscars) are very protective of their awards even after they’ve been awarded to winners. Normally Grammy winners are required to sign an agreement saying they will not sell their awards, but Burgess claims he was never required to sign such form. The Academy meanwhile has yet to comment about when that policy came into action.

“The Recording Academy has not given Mr. Burgess permission to consign or sell his Grammy Statuette,” NARAS attorney Joel Feldman told the Daily News, but as of now there is no evidence that they have that kind of authority over Burgess.

Bidding is currently happening through Robert Edward Auctions, who have denied NARAS’ claim.

“The National Academy of Recording Arts and Sciences, Inc. has absolutely no claim of any kind whatsoever on Mr. Burgess’ 1959 Grammy Award. He can do whatever he wants with it, including sell it,” said Rob Lifson, president of the auction house.