Back in the Game: grime legend Slimzee reflects on a year revitalised

Slimzee has always been an intriguing character.

From tales of scaling tower blocks to broadcast grime on London’s pirate radio stations to cutting that dubplate (in which he mixes about 30 tracks in five minutes) famously vocalled by Wiley and Dizzee Rascal, his story commands both immediate and justified respect. But how have things changed in 2015?

For those who didn’t catch Rollo Jackson’s excellent short film Slimzee’s Goin’ On Terrible last year, we were given a valuable insight into his life away from the DJ booth. From it, there was a sense of enduring normality – compounded by a great deal of humble self-reflection on his own achievements and legendary status within the grime world – that made Slimzee’s story all the more fascinating. So just what is it that drives him?

From speaking ahead of the one year anniversary of his fortnightly radio show on NTS, it would seem he’s still motivated by the new – new artists, new tunes but most importantly, new dubs. Having popularised grime’s special/VIP/dub culture well over a decade ago, Slimzee has always been renowned for getting tunes first and moreover, often being the only DJ to have them at all. Although far more conducive to the physical dubplate era, it’s perhaps this that remains the defining influence at the core of his DJ persona, inspiring him to stay motivated and in touch with grime’s constantly evolving scene.

With the first anniversary of his NTS show tonight, Tomas Fraser and Slimzee reflected on the last 12 months. Photography comes from Theo Cottle.

How would you say things have gone for you over the last year or so?

Last year I was playing mostly old grime to be honest with you, but I wanted to get into the new stuff. I started to speak to new producers and reached out to new people and that – before long I found myself playing loads of it and started to ask people for specials and VIPs, which is what I always used to do back in the day. So yeah, it’s been going alright I think – I’m enjoying it.

What was it that made you start reaching out to new producers again?

I used to do it all the time anyway when I was starting out. Back then it used to be guys like Narrows whereas now I’m reaching out to guys like Trends, Sir Pixalot, JL Sanders, Spryo and asking them to make specials for me. It’s always been like that really, I’ve just updated things a bit.

Would you say they’re a big source of inspiration for you then?

Yeah definitely. People like Trends and that. I mean sometimes I won’t hear from them for days and then other days they’ll send through loads of new tunes but they’re always in touch. Mystry from Birmingham is good as well, I like him. To be honest, there’s tons of people. I like Jammz too, he’s a good MC and a heavy producer.

So what do you think is different to their music, compared to say, stuff you’d be sent in 2001?

You know what, I think it’s quite similar. I was playing stuff between 135-140bpm back in those days where as now it’s at 140-142bpm, so it’s definitely faster. In this day and age you can do an hour of instrumentals and people can take it though, they get it and that’s probably the biggest difference.

Has that change been reflected by your NTS show?

NTS is one of the main structures that’s helped me out, getting myself back in the game and that. At first, I wasn’t sure – I’m glad I did though, because even though I get sent loads of music, you need to keep on top of it every day and it’s helped me do that and get into a routine again. Do you know what? I actually played in Glasgow recently and played a special of ‘Side By Side’ with Big H that Spyro made for me and everyone knew it [from the radio show]. People were asking for copies and that. Of course I said no but to see people react like that is wicked.

I’m guessing playing on NTS is a lot different to how it was back in the day on pirates?

Pirates were obviously different yeah. You’d be on every day or every other day, you just wanted to hear yourself and get your name out there. Back in 2000-2002, I was doing shows with Wiley, Dizzee… everyone, but now the internet’s here doing wonders for music, I think every two weeks or even once a month is just about right. I have my manager Andy doing flyers for each show and I always tend to bring guests along. Before people didn’t look at Facebook or pictures of anything when it came to radio but now you’ve got to sell yourself to listeners, promoters, whoever – they’ll listen in and book you or start talking about you on Twitter and Facebook. I’m 36 now and I’ve been DJing since i was about 12 so radio is part of my life, but NTS has given me a bit more freedom. I’ve even started to play a little bit of drum ‘n’ bass and some jungle stuff too like I used to. 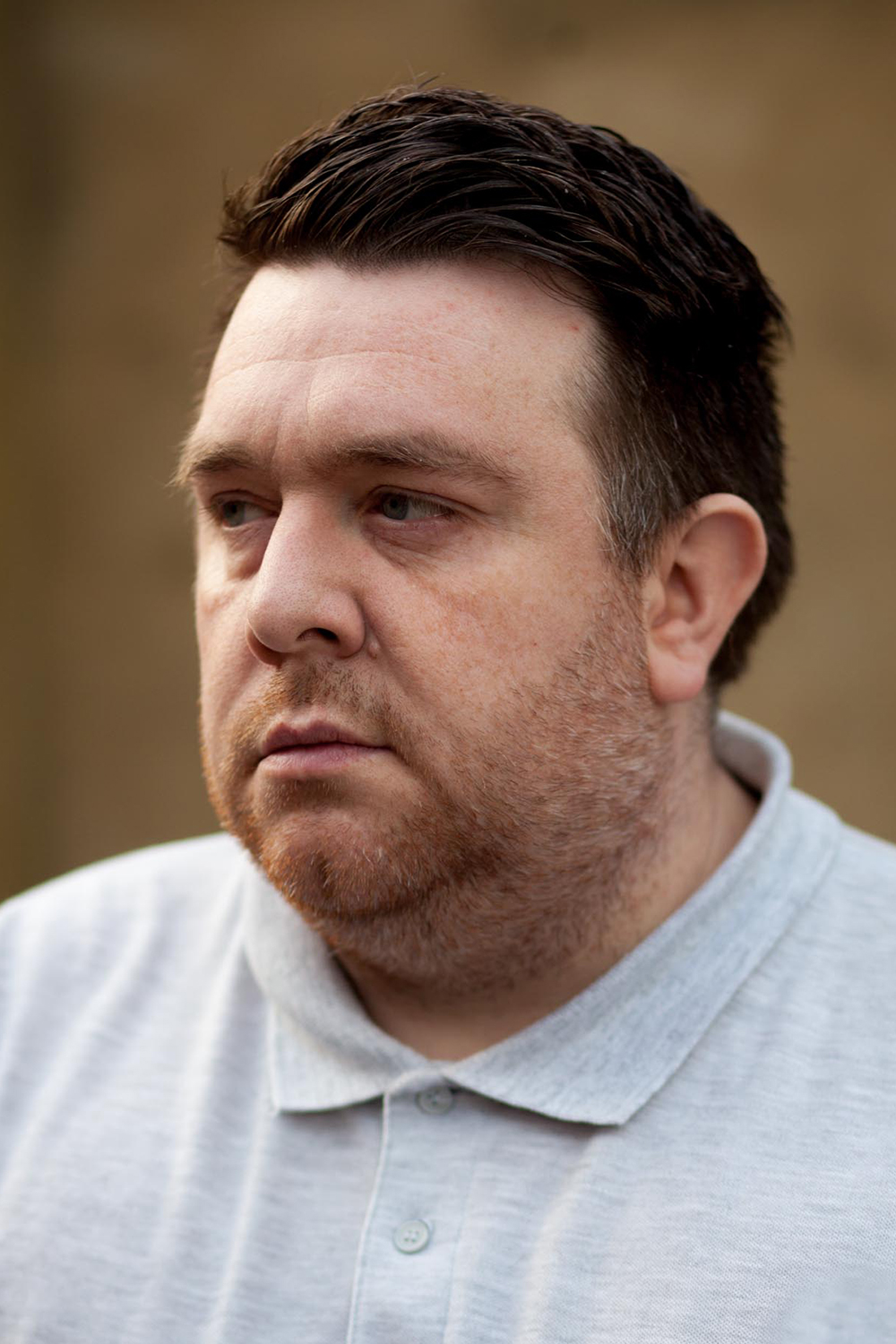 “Since last April, I’ve been bang on it with specials and new tunes, everything really. I feel good.”
Slimzee

You touched on it earlier, but how important is the culture of specials and VIPs to you?

Even other DJs can’t get hold of the tunes because I’m getting the tunes first! I started that off years ago and I love it, I’ve always done it. Some people do specials for me anyway but if it’s a tune I’m really feeling, i’ll just ask whoever’s made it. Spyro just did me one recently, I didn’t even ask and I think that’s just because people know I’m back on it. To tell you the truth, I was a bit ill for a while and my mind wasn’t positive and I wasn’t really feeling in touch with anything at all but since last April, I’ve been bang on it with specials and new tunes, everything really. I feel good.

More on it than you were back in the day?

I’d say so, but years ago there’d be more bookings. It wasn’t as much money, nowhere near in fact, but now everyone behind the scenes does a good job which I never had before. I didn’t have that structure in place, no booking agent or manager or whatever. I used to play out a lot obviously but I’d never earn much, so I’ve found that you’ve just got to work your way up and put the graft in.

And you’re relaunching Slimzos this year.

Yeah, I’m bringing Slimzos back. I reckon there needs to be more records to fuel sales because it all helps drive the scene you know? It’s good for people to connect to the music.

Can you tell us more about what you’re going to be releasing? Have you signed any records yet?

I’m trying to push a few producers and some new tunes. The right tunes even. I want some more producer DJs to come about as well because the scene feels better when there’s more of those. It’s good to see guys like Trends and Mystry doing it, look at Preditah even, he’s killing it. There’s more thinking and taking to do but 2015 is the year I want to re-launch.

Is that going to be a big part of your plan for the rest of the year then?

Yeah but I wanna get into the studio myself as well. I wanna up the game a bit.

Yeah man. I’d like to get on some collaborations because I used to do a few bits with Geeneus back in the day and always enjoyed it. I’ve made my own tunes too even though I didn’t always know how to use the equipment, but I’ve bought Logic 10 recently so I’m gonna be slowly starting up. I’ve not done it for years but once you get going, all you want to do is start making the tunes again.

As for the one year anniversary of your NTS show, do you reckon you’ve got a favourite memory of the last 12 months?

Ah yeah, I think it was Kahn & Neek from a month or two ago. It wasn’t really a grime show, it was like proper dark, industrial stuff. I can’t even describe the type of music that they play but it’s just proper dark. The show went off online, it had loads of plays and that plus the vibe was wicked. It was one of the best of the last year definitely – stuff like that keeps me inspired.