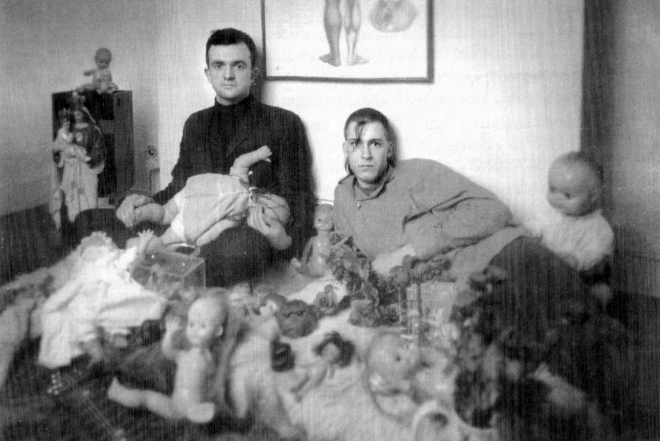 The collaboration came about after Sleazy directed a video for Ice-T.

The collaboration came about after Coil and Throbbing Gristle’s Peter ‘Sleazy’ Christopherson met the act’s Robert Proco and Wito Lavolt while watching The Orb perform in Los Angeles in the late 90s. They exchanged contact details, and a few months later, Christopherson called up the pair to ask if they wanted to be in a music video he was directing – Ice-T and Body Count’s ‘Born Dead’.

Following that unlikely team-up, the Mexican duo worked on a pair of tracks with Christopherson and Coil vocalist John Balance, which ended up on Ford Proco’s Vertigo De Lodo Y Miel album, released in 2000.

Mannequin will reissue both ‘Expansión Naranja’ and ‘Ecuación De Las Estrellas’ on vinyl on June 1 – you can listen to both tracks below, which are a lot like you’d expect a collaboration formed at an Orb gig to sound. If you’re curious about the Ice-T video, scroll on. [via Juno Plus]