Featured Stories I By Chris Kelly and John TwellsI 14.05.15

Awful Records’ Slug Christ has the best offering this time around, while rappers-to-watch OG Maco and Snootie Wild step up. There’s a double dose of Chicago, too, thanks to Katie Got Bandz and new duo Fat Gang.

Slug Christ’s gift for aesthetic and narrative is on full display on Crucifixion, a based-goth rap epic that sees the Awful talent tell his own Christ myth. “I’m making up religions off the mushrooms,” he claims on ‘I’m the Ocean’, growing his flock with the us-versus-everybody ‘You With Them’ and casting the money changers out of the temple on the moody ‘Fuck This Money’.

The story reaches its zenith during the two-part centerpiece, ‘Wanderer’ and ‘Crucifixion Day’ (produced by “Jesus” and “Lucifer,” respectively), songs that are the album’s least rap-friendly (despite his “Rapper Extraordinaire” boast, Slugger has been reticent to describe himself as only a rap artist). The swirling ambience and distant, incongruous vocal fragments of ‘Wanderer’ give way to the noisy, pained, Phoenix-from-the-ashes ‘Crucifixion Day’, on which he ponders, “Crucified on my own, God of what?”

The narrative is a treat, but the real strength of Crucifixion is Slug’s sense of vocal melody; as with his productions, he’s not limited to rap standards on songs like ‘They Ask Me’, ‘Roleyroley’ and ‘Die Before the End’. As on catalog-highlight ‘On It (Seven Grams)’, he pairs with Stalin Majesty on ‘She love you but…’; ‘Holy Descent to Hell’ is another heartbroken comedown with rhythm-and-creeper GAHM.

Slug Christ, with his iconoclastic style and messianic message, seems like an easy target for rap purists. But he’s not letting that stop him; if anything, it encourages him. “If you don’t fuck me, it’s probably because you’re stuck in 2k15, or 2k16, or whatever the fuck year it is, and I’m in the year 10 bajillion A.D., after the goddamn sun has exploded,” Slugger explains on ‘Hokay Hokay Hokay’. “So catch up, fuck boy.”

OG Maco continues his quest to prove to fans that he’s a lot more than breakout hit ‘U Guessed It’ suggested. Earlier mixtape 15 was a paranoid, sprawling monster of a record, and Tax Free feels like its spiritual successor.

Maco is verbose and strained over a brace of sludgy beats – opener ‘Tax Free’ sounds like a parallel-dimension 2Pac cut; ‘New’ plays like an inverse EDM monster, all weeping synths and crunchy percussion; and ‘Vanity’ closes out with emo synths underpinning Maco’s wails. Tax Free EP is a confident and endearingly dark record from one of Atlanta’s most intriguing figures. We’re dying to hear what Maco’s got in store next.

Snootie Wild
Ain’t No Stoppin Me

Memphis rapper Snootie Wild snagged a spot in our rappers-to-watch list this year on the strength of singles like ‘Yayo’. He does Southern street rap storytelling with a touch of melancholy melody, often sounding like an approachable — or watered-down, depending on how generous you’re feeling – Kevin Gates (can you imagine Luca Brasi appearing on Love & Hip Hop?).

Ain’t No Stoppin Me is a tight project that shows off his versatility: he handles trap epics like ‘Shut Me Down’ and ‘Guns’, alongside Gunplay on the latter, in an apropos and show-stealing feature. He flexes his singing voice, manning his own hook and singing whole songs like the slow-burning ‘Like This Before’ and the soul-sampling ‘Roxanne’. And he’s not limited to Memphis (or Atlanta soundalikes): ‘Broke Bitches’ sounds like he’s screwed-down ‘Fight Night’ and he takes a trip to Baton Rogue with Lil Boosie courtesy a very-Bad Azz beat by Big Wayne. 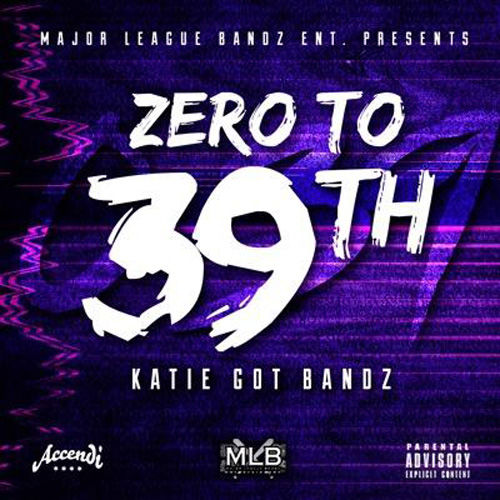 Katie Got Bandz
Zero to 39th

Katie’s back – the Chicago rapper might have lacked conviction on December’s forgettable Coolin’ In Chiraq but if Zero to 39th shows anything, it’s that she’s ready to make her presence known once more. It’s not a subtle tape by any means: basses boom, drums rattle and Katie’s unmistakable flow ties everything together with thick twine.

Thankfully her flirtations with EDM are just a distant memory – Zero to 39th is an unrelenting collection of drill, and all the better for it. From the aggressive, gunshot-punctuated ‘On Shorty’ to the seismic, anthemic ‘Boss Bitch’ there’s a sense that we’re heating a re-energized Katie Got Bandz, and that’s all we need.

While his association with Chief Keef is, at this stage, all but a memory, Chicago drill pioneer Young Chop has been experiencing something of a renaissance of late. Johnny May Cash’s My Last Days is one of the best records of 2015 so far and was produced by Chop, so the prospect of a Chop collaboration with King 100 James is tantalizing to say the least. Billed as Fat Gang (yep, they’re both portly dudes), the two trade verses over the expected stuttering beats and basses. Sadly, the vibrant, neon-flecked melancholy that elevated My Last Days is almost gone – in its place is a reliance on the kind of slithering street-ready drill that’s been done far better elsewhere.

That’s not to say there aren’t highlights; Johnny May Cash-featuring ’Stop Callin’ is a piano-led soft-rock flecked winner, and ‘D’ia Uno’ sounds bright and jubilant, but all too often Fat Gang: The Mixtape just fades into the background, lacking the vigor and personality it needs to take it to the next level.

Silk the Prince
The Arrival

We first heard Silk the Prince on last year’s ‘Work’, the cream that rose to the top of one of those ubiquitous DJ-assembled mixtapes. The Arrival is his most complete body of work yet, and while it’s overlong, the LP has its share of gems. Hailing from South Carolina, Silk is a Southern rapper, through and through, and as expected, the sound of Atlanta looms large.

Still, there are syrup-sipping bangers that nod to Houston and elsewhere: there’s the ‘Pop That’ redux ‘Neon Deion’; the sparse ‘Pussy Pop’ has snap rap, ‘Teach Me How To Dougie’ vibes, and the tracks that pair him with ‘Work’ producer Stribb (‘South Carolina King’, ‘Gold Bentley’) stand out. But, as is often the case with young artists, versatility gets in the way of crafting a unique, personal voice. Silk the Prince is just arriving; let’s see where he goes from here.