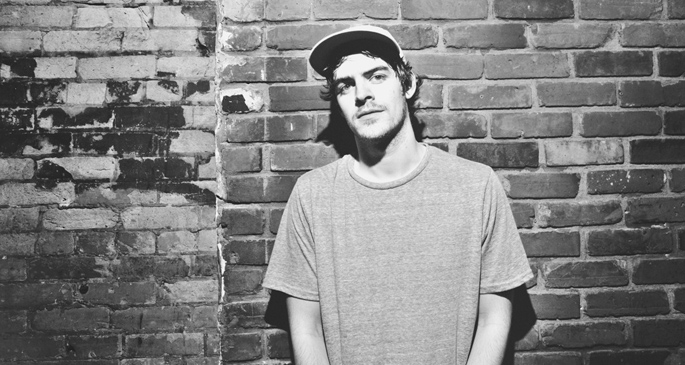 This week’s selection is as eclectic as ever – there’s Ryan Hemsworth exploring 808-heavy rap, Jealous God producer 51717 creating an alluring collage of cyberpunk electronics, Plastician indulging his love of 80s classics and more.

Ryan Hemsworth whacks together a whip-primed mix for clothing label Frank & Oak to plug his summer tour, firing out a barrage of 808-heavy rap tracks to show us what his forthcoming shows with Tommy Kruise are all about. Look out for cuts from FACT-tipped risers Johnny May Cash, Bricc Baby Shitro and Sauce Twinz, Atlanta elders Gucci Mane and Future, a couple of UK ambassadors in the shape of JME and K9, plus a sneaky new track from Hemmy himself, ‘Yahhh Loop’.

The latest Trushmix is as close as the sideways-looking series run by Norway’s DJ Fett Burger and L.A. Morillo is likely gonna get to a family-friendly get-down session appropriate for your next birthday, barbecue or bar mitzah. Kokk N Roll – a “chef, b-boy, selector and record collector” – teams up with DJ Grym for a vintage vinyl mix that spans Latin heaters, careworn funk, psychedelic breaks, horn-laden disco pomp and deep grooves from around the world.

Plastician
All The Right Moves

A heart-burstingly happy-times mix from Plastician as he introduces us to his “All The Right Moves” sideline, which is along the lines of Jackmaster’s Tweak-A-Holic alias in that it’s nothing but the choicest, and sometimes cheesiest, cuts of 80s electro, soul, disco, R&B and boogie, selected with love and mixed with flair. If Sister Sledge’s ‘Thinking Of You’ doesn’t make your insides go a bit squiggly then you’ve got problems, son. He’ll be playing this stuff at gigs in Manchester, Nottingham, Brighton and London in June.

Karmelloz is one of many artists to the inhabit the 1080p universe, and his original production-heavy mix for the The Astral Plane gives us a snapshot into his unique world, in which footwork, jungle and hip hop somehow blend seamlessly with atmospheric techno into a surreal whole. If you’re familiar with his previous material then the consistent tempo throughout is an interesting change of pace for someone who’s previously sounded like Oneohtrix Point Never making club music.

Los Angeles-based Beyondadoubt is a new name to us, but she’s been mixing up everything from Southern rap to rave for years now. Her mix for STYLSS intersects quite nicely with the same genre-spanning axis of Total Freedom and the Fade To Mind crew, mixing everything from instrumental grime and R&B edits to reverb-heavy mechanical rhythms. One to listen to if you need your fix of freewheeling club music for the week.

Brooklyn-based Lili Schulder is best known for her 51717 project, which has seen a slew of dark, abstract electronics released on Opal Tapes, Jealous God and L.I.E.S., where she collaborated with Svengalisghost on the Shadowlust project. Her mix for Juno Plus is just as invitingly bleak as her music, with tracks from Beau Wanzer, Ivy Barkakati, Jeff Witscher and more sounding at times like sinking into a cyberpunk nightmare.