Russian producer Art Crime’s first record on WT impressed Phonica so much, they’ve snapped him up for their own label. The Obsession EP balances cold, brittle electronics with warm piano lines and wraps them up into four of the most sumptuous deep house tracks we’ve heard in ages.

Full of all the worst excesses of the 1980s, the hair metal meets hip hop soundtrack to ludicrous exploitation flick Hollywood Chainsaw Hookers is easily one of the most downright enjoyable Death Waltz has released. If that’s not enough to get you interested, then make sure you check the (NSFW) trailer.

The second of Zaf LoveVinyl’s Holy Grail series is a limited edition pressing of an officially licensed classic from Martin L. Dumas Jr. Original copies of this record sell for upwards of $2,000, so if you want some vintage disco from Dumas in your collection, this is essential. 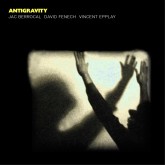