Yes, it’s on a school night, but it’ll be worth the Friday struggle.

Hyperdub have teamed up with London night-turned-label House Of Trax for a very special happening at Corsica Studios on June 11.

Joining the dots between footwork, Jersey club, ballroom and the ever-mutating strains of UK club music, they’ve got a line-up drawn from either side of the Atlantic, starring Jersey club queen UNiiQU3 and Teklife’s DJ Taye with support from Hyperdub boss Kode9 and House Of Trax residents Fools and Rushmore.

Grab tickets from RA and check out House of Trax’s top 10 club weapons for a flavour of what to expect. 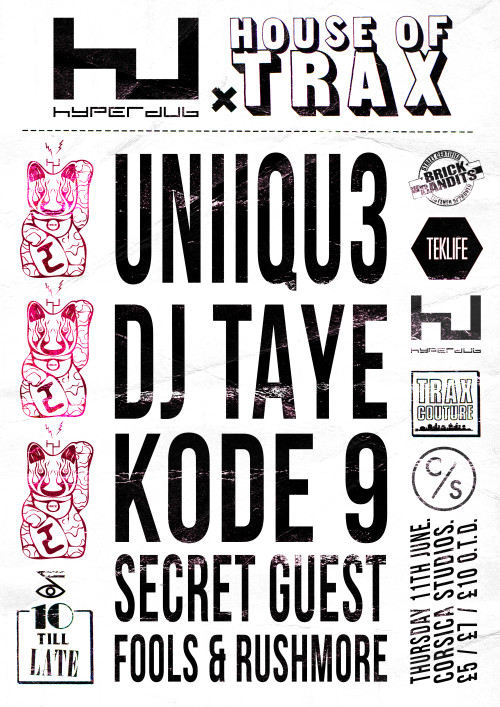