The respected selector will go all night on Ibiza this summer.

Ibiza Rocks has given DJ Harvey his own weekly residency on the White Isle, where he will play all-night sets at Ibiza Rocks House at Pikes throughout July and August.

“Once upon a time at Club Tropicana, Tony Pike, Grace Jones, Bianca Jagger and Freddie Mercury enjoyed their own grown-up playground at Pikes Hotel on the White Island of Ibiza, Spain,” the veteran DJ explains of the DJ Harvey is Mercury Rising concept.

“They worshipped Tanit the Goddess of Love and worshipped the night away to music as exotic as their fantasies. Thirty years later and for those in the know, little has changed. Tony is still here and we still dance and love to a Balearic soundtrack.”

The weekly residency takes place every Monday from July 13 to August 17 at the Ibiza Rocks House at Pikes – more information can be found at DJ Harvey is Mercury Rising and Ibiza Rocks. 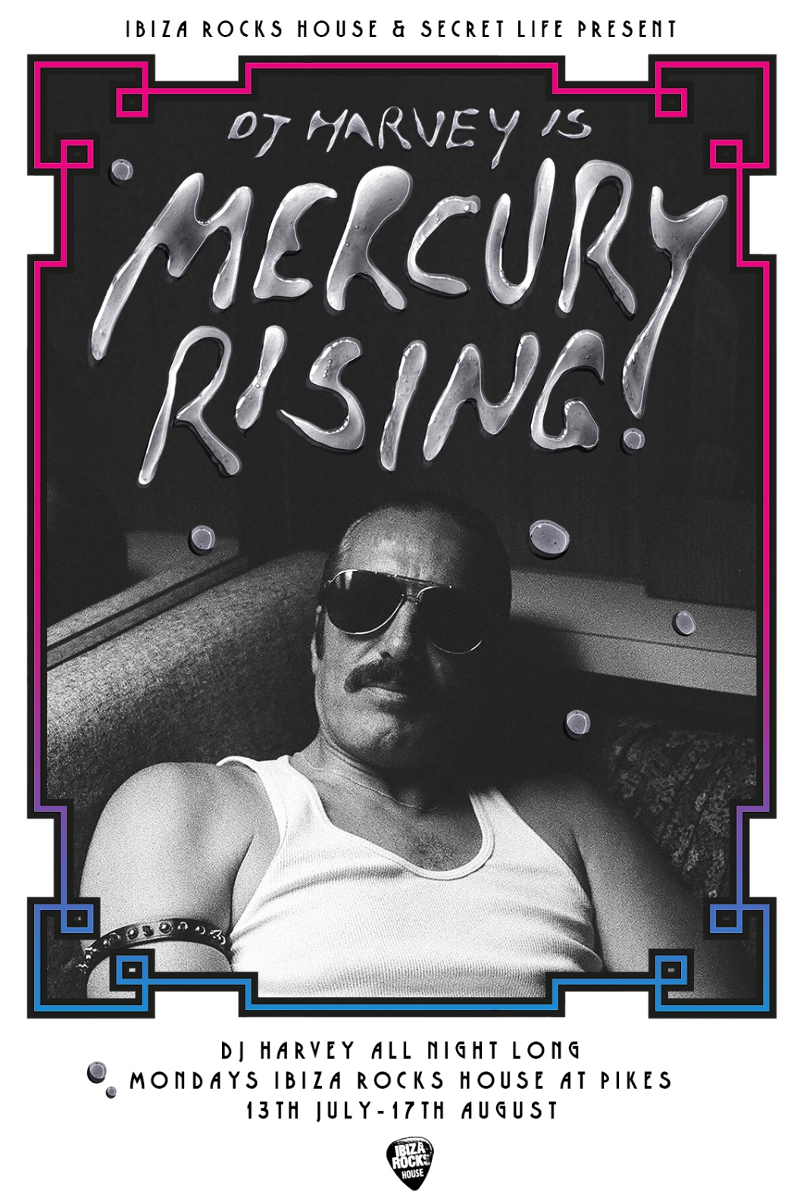