Earlier this year, Marvel Comics released a pair of comic books with special covers dedicated to Run The Jewels.

Both Howard The Duck #2 and Deadpool #45 were given makeovers to incorporate the duo’s gun and fist logo. Those special editions are now hard to come by, so Marvel has decided to release a third RTJ alternative cover.

The duo’s logo appears on a special cover for Deadpool’s Secret Secret Wars #1, which was released today. You can see the alternative cover below. [via Complex] 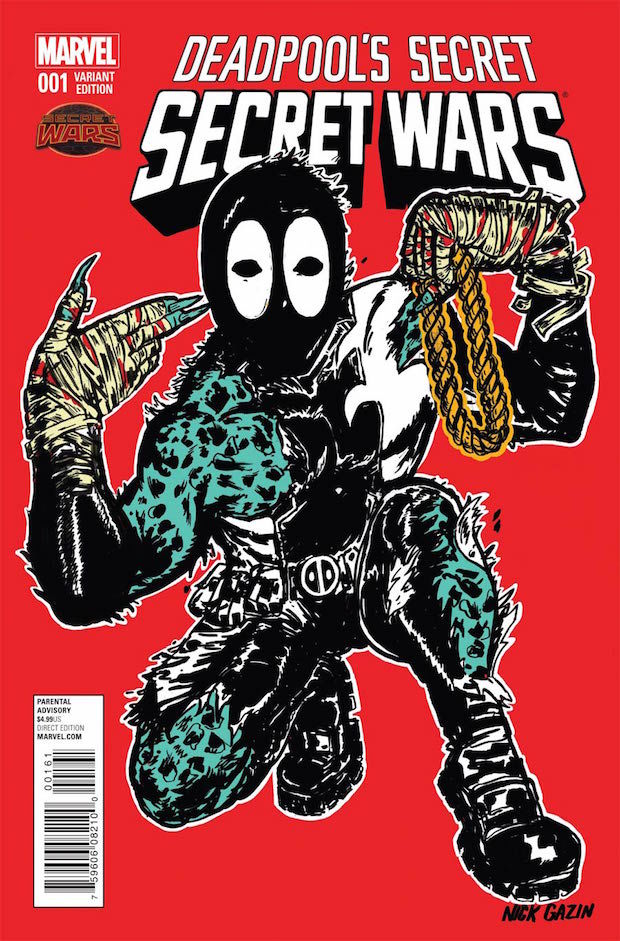