Trevor Jackson’s first album in 15 years is ambitious and frustrating, but ultimately rewarding

We’ve reached a peak dichotomy between the mentalities of acceptance in how music is applied and digested in everyday consumption.

On one end of the spectrum, there’s contemporary digital culture, where the majority of listeners stream and download both new and vintage music via wireless devices and cloud applications. On the other end, there’s the overt fetishization of physical formats, often of a somewhat archaic nature. Cassette tapes, compact discs, and particularly vinyl records are produced with established retail holidays and gimmicky selling points to entice buyers into thinking they are getting something rare and special, but the market for such items is now saturated. It’s hardly surprising that there’s been an backlash in recent years for overstuffed events like Record Store Day.

Producer, graphic artist, label owner, and record collector Trevor Jackson’s newest project is an ambitious attempt to present his first album in nearly 15 years (after numerous releases as the Underdog and Playgroup) in a way that addresses the concerns of context’s importance in tangible physical media.

F O R M A T’s initial release found each of the album’s individual tracks released as a single on a different format: 12″, 10″ and 7″ records, cassette, DAT, VHS, 8-track, and reel-to-reel tapes, 5- and 3-inch CDs, MiniDisc, and USB drives were produced in extremely limited quantities varying from 500 to just 10 each. Each format hosts an exclusive piece of new music made by Jackson over the course of his recording history on analogue hardware; a standard triple-vinyl, CD, and digital release has since been released.

According to Jackson, the DNA strands of these tracks go back as far as old tapes he recorded in the 1990s, but have been tweaked and updated to fit thematically as an album. Listening to these cuts together, there’s a strong sonic identity woven into each piece, and Jackson’s experience as a seasoned curator and tastemaker comes through. You hear traces of the industrial/EBM club music he highlighted for Strut Records on his Metal Dance compilations (‘Lethal’, ‘OCP’), traces of Sheffield’s bleep techno (‘An Exorcism’ and the unfortunately titled ‘Voodoo Racist’), post-Eno Frippertronic ambience (‘In Your Hands’), and a hefty dose of the “knackered house” that’s become en vogue recently (‘It Hurts’, and ‘Nowhere’, which sounds like an able attempt to fuse together Andy Stott’s early sound with his current one). 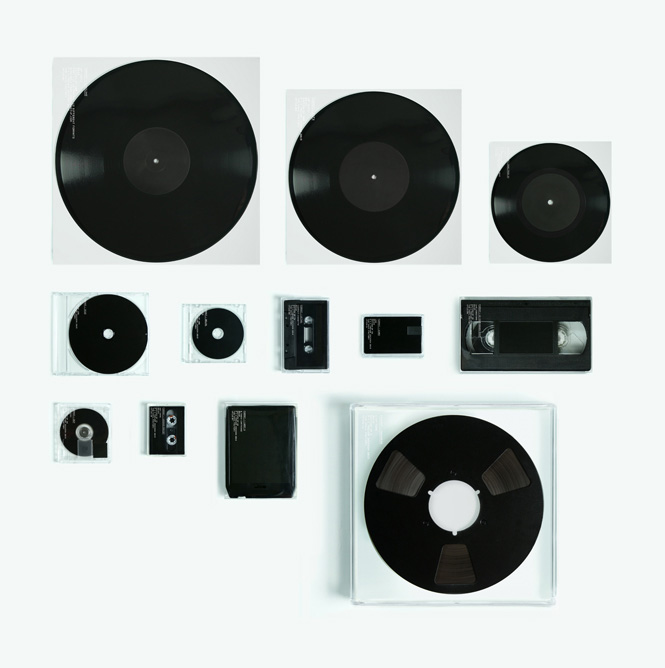 Jackson has spoken admiringly of producers from the L.I.E.S. and Sex Tags crews in recent interviews, and their aesthetics are present throughout, enabling much of F O R M A T to slot in nicely between material by Madteo, DJ Sotofett and Ron Morelli. Jackson’s beloved Cabaret Voltaire also prove to be a significant influence, both in their early transition from post-punk attic tape heads into the dancefloor terrorists of The Crackdown and ‘Yashar’ and in their video work. The latter appears to be an influence on the film pieces included on the VHS portion of F O R M A T, recently displayed at the album’s multimedia exhibit and showing a clear nod to Cabaret Voltaire’s Johnny Yesno.

As much as Jackson attempts to stress that the music is just as important as the album’s release format, it’s hard to separate the two. The irony of having to attempt a connection to the music via a digital review stream is not lost on me, but even regarding the stark, no-frills design of these objects, I felt somewhat cheated. Jackson has long been a highly talented and innovative graphic artist and designer, and the intentional lack of intoxicating packaging here plays more to the beliefs that the project attempts to rebuff, rather than actually supporting the beauty of each piece of media.

Each artifact is presented in clear PVC sleeves or boxes with stark, clinical white type: a far cry from the vibrant objects of the pre-Internet era. Even Peter Saville’s stark, challenging sleeve designs – obvious aesthetic influences for a number of Jackson’s projects over the years – left an air of mystery and intrigue. In contrast, the artifacts of F O R M A T are often completely indistinguishable from any old VHS cassettes or MiniDiscs we’ve got collecting dust in the attic.

Therein lies the problem. Rather than framing each physical piece as a vessel of artistic importance, with its initial limited release he displays them in a light of cumbersome inconvenience. The VHS tape features a vintage piece of Jackson’s video art, so there are exceptions to the rule here, but framing this collection of songs under the umbrella of an album (or an attempt to deconstruct one) arguably does more harm to the project than good. What ties these tunes together, aside from the fact that many of us will need to take a few trips to charity shops or grandma’s attic in order to play the entire thing?

Jackson has denied that he intended to create an air of exclusivity with this project, and his refusal to provide tracklists for his mixes over the years was a similar exercise in encouraging fans to hunt for tunes in the same way he and others had to when looking for that absolute killer in the bins. The album’s later standard release echoes that refusal of exclusivity, but overall the project still ends up sending mixed messages.

The music is not without fault, either. For Jackson’s most personal release to date, tying together his assorted histories as a creator and curator, his link to hip-hop is strangely and conspicuously absent. Early on in his career Jackson recorded under the alias The Underdog, crafting experimental beat collages and gritty tracks rooted in b-boy culture. This ties him to the renaissance of that very aesthetic in contemporary rap, and he misses an opportunity here by not bringing that period of his career full-circle.

That gripe aside, there are plenty of riches to be found in F O R M A T’s 90-minute-plus running time. As frustrating as the presentation of the album might be, the music remains strong, and refutes Jackson’s initial hesitance in releasing it. He remains an undersung and uncompromising figure in the shadows of much of the music that FACT listeners love, and as contradictory and fetishistic as his vision can be at times, it remains effective.