Boomkat do reviews better than your favourite magazine

While half the websites on your Twitter feed were losing their shit over a Jamie xx album that they probably hadn’t even listened to, Boomkat had other ideas.

They fucking slated it.

It takes a special kind of balls to hammer an album and try to sell it in the same article. Slow to Speak’s New York store Dope Jams is infamous for this approach, but you could easily make a case for Boomkat – a Manchester-based record emporium with a maze of excellent in-house labels and a well-curated distribution network – as the kings of the negative record store review. Sometimes Boomkat’s reviews are neutral on the surface but peppered with sly digs (any use of “curls out” is always a giveaway), often they damn with faint praise, and on occasion they just outright slaughter a record – and still expect you to buy it. Treat ’em mean, keep ’em keen, we guess.

Boomkat’s review squad shouldn’t just be praised for their vindictive moments, however – even if they’re more honest than half the websites you read day-to-day. When Boomkat love a record, they really love it: it’s not uncommon to see 400 words thrown at a record, filled with imaginative metaphors, ridiculous tangents, and zero regard for paragraph breaks. It’s not just the big hitters of Boomkat world (Actress’s ‘Maze’, say, with its “erogenous interzone and incapacitatingly lush bassline designed to lock into your central nervous system and send shockwaves of piloerection to every f*cking corner of your soul”) that receive that treatment, either: we’d wager that most regular Boomkat shoppers have been turned onto a barely-publicised, otherwise-under-the-radar record by the passion of one of their staff reviews.

So, starting with Jamie xx’s “feathered arrangements for students and yummy mummys alike”, here it is: a celebration of Boomkat’s best, worst, and outright strangest reviews. Here’s In Colour in full:

IDM duo Funkstorung take a regular kicking at Boomkat, to the point where – like Ashley Cole’s umpteenth return to The Emirates – they’ve probably forgotten why they’re putting the boot in, and can’t be bothered anymore. Tellingly, Funkstorung’s last record simply reads “Review to follow shortly” (more on that later). Here’s a couple of beauties:

Dubstepper Rob Sparx went through a period of taking a regular kicking at Boomkat’s hands (paws?), before they lost interest and threw him in the deep freeze marked “Review to follow shortly” (again, more on that later).

Often, it was a simple dig at his lack of quality control:

But sometimes it got deeper:

And one time, they brought his mum into it. That particular review has been edited or removed from the Boomkat site, but a little Dubstepforum digging brings up a response from Rob. He’s not too happy:

Could be worse, Rob. Spare a thought for Tycho: 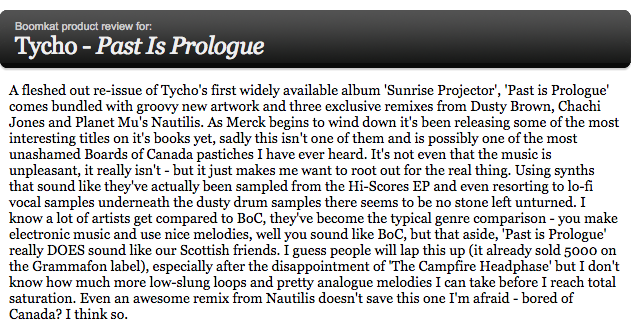 Still, we’d rather be on the receiving end of a pummelling than simply not be bothered with. One day, our children will flip to ‘apathy’ in the Oxford English, and see this as the example:

Drowned in Sound? Praise rarely sounds so faint, but on Boomkat, there’s another level: “Review to follow shortly”. We’ve alluded to it already, but “Review to follow shortly” is Boomkat’s equivalent of the lowest circle of Hell, a frozen tundra where Rob Sparx stalks the afterlife forever. It’s Boomkat’s equivalent of being absorbed into Davy Jones’ ship in Pirates of the Caribbean – a century spent as a useless barnacle, with no way out. It’s where the last 20 Mad Decent singles have ended up: 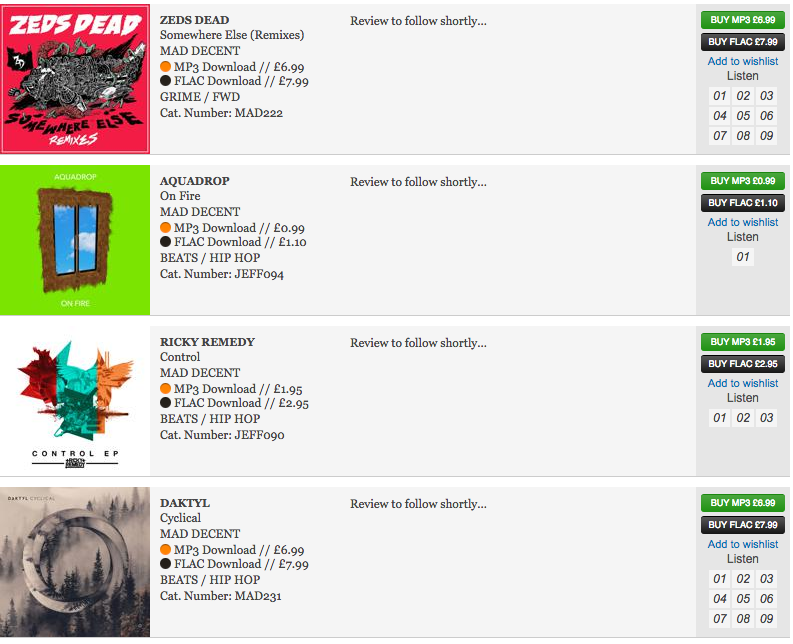 Sometimes Boomkat’s reviews are downright bizarre, and it’s hard to tell whether they’re positive or negative:

Though there’s no doubt with this recent gem:

But crucially, with Boomkat, the positive always outway the negatives, and nobody does a gush-job with more passion and imagination. These are some of our favourite 10/10s. Long may they continue! 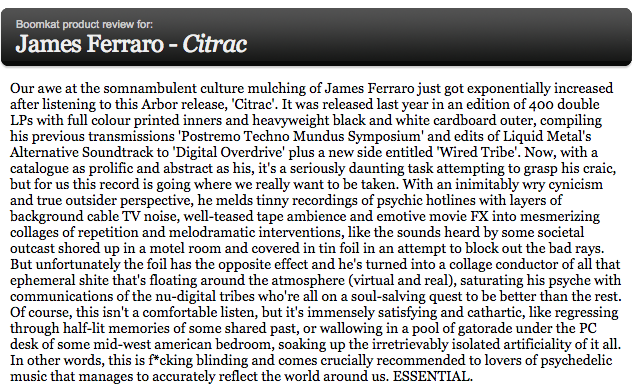 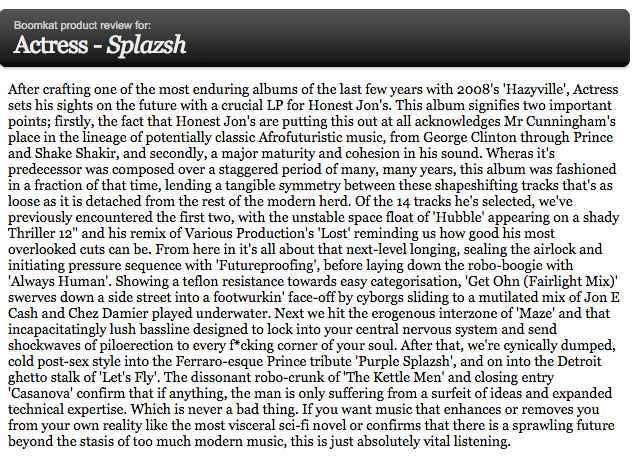 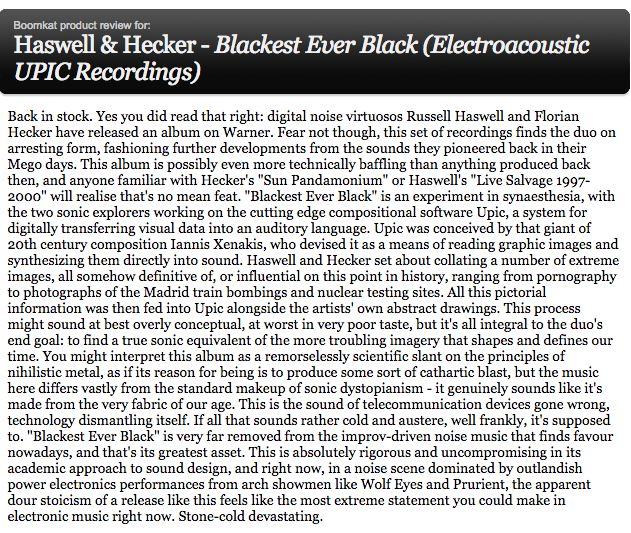 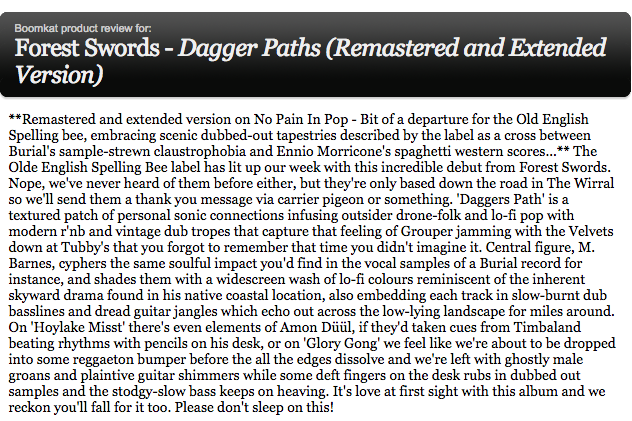