The building also includes a performance space and every issue of Rolling Stone ever published.

A huge public vinyl library has just opened in the South Korean capital of Seoul, containing 10,000 records, 3,000 books, every issue of Rolling Stone magazine published since 1967 and a performance space.

Owned by Korean credit card company HyundaiCard, the Music Library + Understage is situated in the Hannam-dong district, and contains valuable rarities and newer records, from the controversial “butcher cover” edition of The Beatles’ ‘Yesterday And Today’ to Aphex Twin’s Syro.

The third in the company’s “library project” following the opening of its Design Library in 2013 and Travel Library last year, the building is split into three levels. Records and books occupy the top two floors and the Understage venue is housed in the basement, which will be used to support indie bands and underground musicians.

Members of the public will be able to browse the library and play the music using the record players installed in the building, which is open 12pm – 9pm Tuesday to Saturday and 11am – 6pm on Sundays. You can find more information at the Music Library website.

If Seoul’s too far to travel to feast your eyes on some vinyl, you can always check out an online archive of coloured vinyl and picture discs. [via The Vinyl Factory] 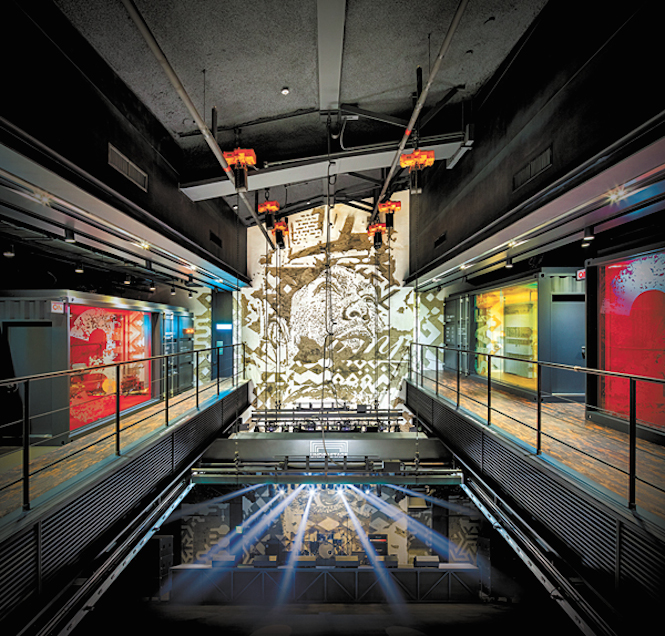