Mogwai have designed a range of skateboards

Skateboarding is cool. Yeah, still. We know so because not one but two of our favourite acts have launched custom decks within weeks of each other, and while Daft Punk’s 70s-inspired offering was highly covetable, Mogwai have one-upped them by with some merch that includes a donation to a good cause.

The band have collaborated with Focus Scotland to create the series of limited edition skateboard decks and some rather nice T-shirts, with £5 from every deck sold going towards the GUSM74 skate park project in Glasgow.

Sibs Roberts of Focus explained: “We reached our 14th year in business last month, and each year we like to mark it with something special that we can look back on with pride: this project with Mogwai definitely fulfils that criteria. Being a fan of Mogwai’s music and knowing Stuart’s love of skateboarding, I suggested the idea over a number of off the cuff emails, and here we are. Hopefully people will be as stoked on this as we are.”

Buy them from Mogwai’s online store, Focus’ online shop and at Focus’ Edinburgh store from midday tomorrow (May 30), and find out more about the project from Glasgow Urban Sports.

Meanwhile the band have some sold out gigs coming up at London’s Roundhouse, and Glasgow Barrowlands plus a special season of shows at the Roundhouse to mark their anniversary. 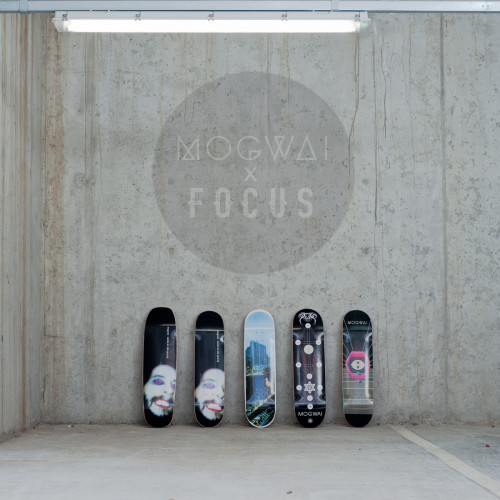 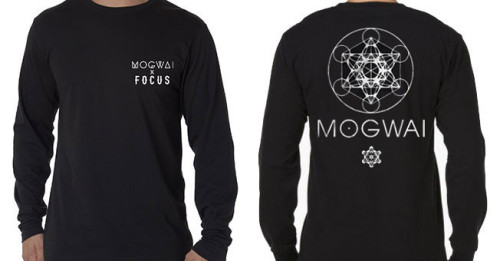