Featured Stories I By Chris Kelly and John TwellsI 11.06.15 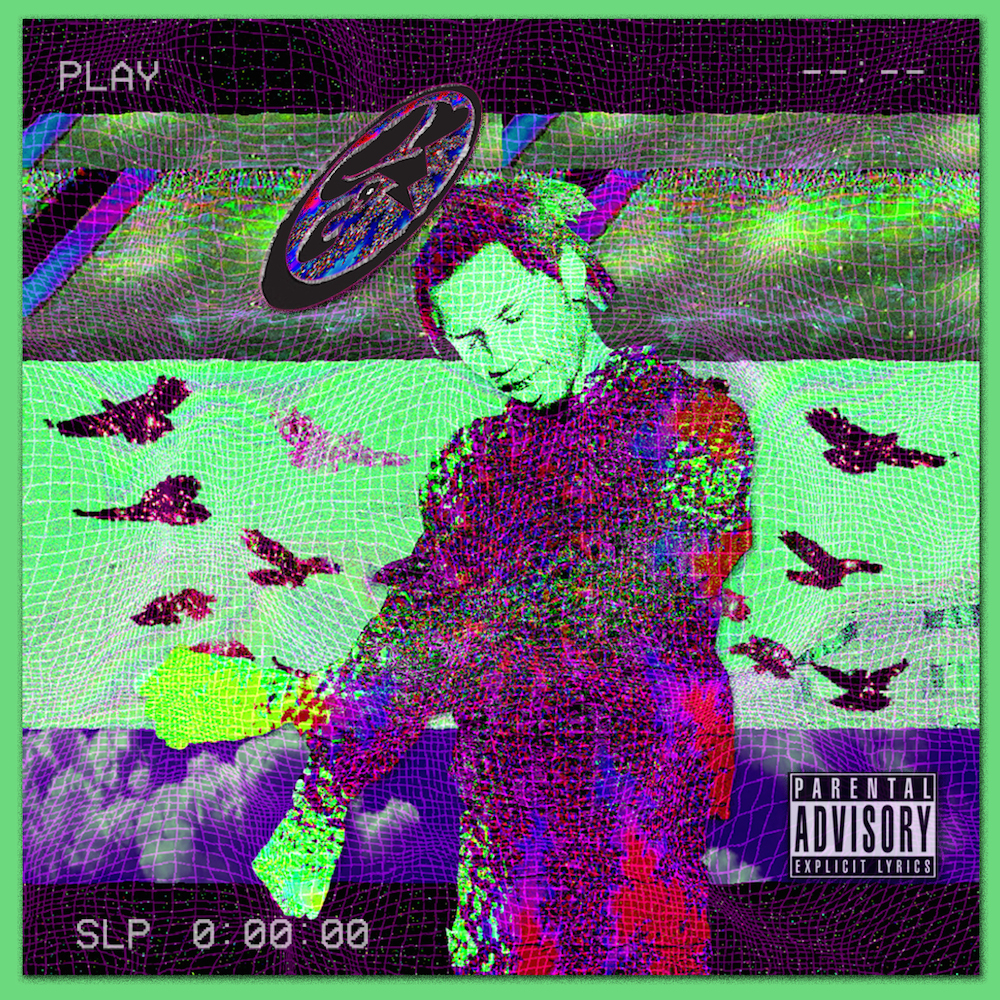 This week’s round-up kicks off with efforts by a trio of talented-beyond-their-years rappers that aren’t even old enough to buy a beer; Boston newcomer Cousin Stizz is just on the other side of 21 and Fat Trel and Beat King provide the “veteran” experience this time around.

Denzel Curry returns with the eagerly-anticipated follow-up to 2013’s Nostalgic 64, the double-EP 32 Zel / Planet Shrooms. Curry is as intense and focused as ever, his staccato, Three 6 Mafia-inspired flow unspooling street realities and sci-fi references with ease. Each half of the project shows a slightly different side of the Miami rapper: 32 Zel is loaded with sinister and cinematic trap, all horror-score uneasiness and razor-sharp basslines, while Planet Shrooms delivers the type of experimental, psychedelic rap that A$AP Rocky’s A.L.L.A. failed to do.

32 Zel shines with songs like ‘Envy Me’, ‘Ice Age’ and ‘Delusional Shore’, where Curry balances his rapid-fire flow with melodic and memorable hooks; his singing ability is a pleasant surprise. Planet Shrooms is the LSD-soaked lovechild of OutKast and Juicy J, with Curry pushing into new sounds and structures.

His rappin-ass-rappin is occasionally too clever by half (“In the hood just robin like Williams / Let’s hope that they’ll never doubt fire”), but for the most part, Curry impresses. So does his team of in-house producers, headlined by Ronny J, POSHstronaut and Curry himself (teaming with Freebase as PXSH RAVEN). And when he goes outside of his crew, he’s judicious: one of the lone features is a spoken word verse by Dungeon Family veteran Big Rube. Once again, he bests Rocky, getting a legend on a track without it seeming forced.

Lil Silk
Son of a Hustler 2

Kicking off his new tape with a track called ‘Almost Famous’ is a knowing wink to the camera from Atlanta’s Lil Silk. While last year’s Son of a Hustler showed plenty of promise and he’s been making strides ever since, Silk is in stasis for the time being, one or two steps from being a mainstream concern. Thankfully Son of a Hustler 2 does plenty to remind us why we were so excited this time last year.

The young rapper has stepped his game up admirably – the rubber-voiced Thug-isms of Son of a Hustler 2’s predecessor are still present, but Silk’s originality bleeds through more than ever as he offers up personality and humor throughout the tape. Lead single ‘Surfer’ sounds better than ever sandwiched between the doomy ‘Trenches’ and the druggy ‘Fucked Up’, and highlights ‘Who Am I’ and ‘Money’ (featuring man-of-the-moment Fetty Wap) are more involving than the majority of the material that filters through this column every couple of weeks. Whether Silk actually breaks out remains to be seen, but he’s giving himself the best possible jump-start with Son of a Hustler 2.

Chicago’s Lucki Eck$ returns with his third offering of “alternative trap,” his narcotic take on drug-dealing and drug-doing rap. This time around, the influence of Houston’s chopped and screwed hip-hop is particularly apparent, with both beats and vocals dipped in codeine; ‘Still Steal’ reworks Mike Jones’ classic ‘Still Tippin’, with that familiar stutter-step and pitch-shifted effect used throughout.

Thankfully, it hasn’t affected Lucki’s storytelling or humor: he warns girls that he’s a ‘Lowlife’ and teases “What you think this Uber for? We gonna end up in bed” on ‘Lil Bitch’. Plus, he’s able to get guest rappers and producers on the same page: Chicago stars Chance the Rapper and Young Chop dabble with alt trap on the melancholy ‘Stevie Wonder’. But don’t expect the light-hearted vibes that Chance brough to Surf anywhere on the record: while some summer rap efforts seem better suited for BBQs and pool parties, X is for hot-and-humid days inside with the A/C broken and too many drugs in your system.

Unlike Wale before him, Fat Trel’s MMG alliance hasn’t exactly taken him to the next level. Still, it hasn’t stopped the DC rapper from churning out crystal clear street tales every time he drops a mixtape, always with a vivid image at the ready (“I’m da type of n*gga like to pull up with the hundred-round choppa clip poking out the window”).

It’s when MMG is featured that Georgetown has problems. ‘BRRRR’ pairs him with Rick Ross and Wale, a soul-sampling throwback produced by Cool & Dre that sounds like a Wale offcut from the turn of the decade. Ross reappears and tries to revisit his ‘BMF’ heights on ‘Geetchi Liberachi’, but it feels dated; same goes for the Young Chop-produced ‘Young Niggaz’. And while he’s not MMG, the less said about a song featuring Troy Ave the better. Signing to MMG has always been a double-edged sword, here’s hoping — if we can mix metaphors — Trel can thread the needle.

Spare a thought for Boston. Beantown has forever been undervalued in the rap world, and to be quite fair, that’s understandable. Despite belching out innovative titans such as Guru and Mr. Lif, the city’s deep-rooted obsession with ‘worthy’ backpack rap has meant that progression and innovation has been tough, and all too often unsupported. Thankfully in recent years that’s changed: Michael Christmas and OG Swaggerdick have been spotted making moves far beyond the Mass state lines, and Cousin Stizz has managed to bag a well-deserved cosign from Drake.

Suffolk County is Stizz’s debut full-length and shows a promise that should help focus even more attention on his native city. If you weren’t listening carefully you might assume you were listening to the latest offering from one of Atlanta’s plethora of rappers, but Stizz keeps it local with the requisite set of references buried amongst the chat of dope, dirt and dames.

His occasionally sing-song flow also hints at something quite different beneath the hood. At times, Stizz sounds like a younger, less cornball Kid Cudi – half-singing and half-rapping his way through tracks with an as-yet unchecked charisma. Suffolk County’s a solid, enjoyable tape, but Stizz has far more to offer, we can just feel it.

BeatKing works harder than your favorite rapper. Sure, there are emcees that put out more tapes and producers that pen more beats, but the thing that separates Houston’s finest is that he manages to keep the quality so damn high. So it won’t surprise you that Houston 3 AM is yet another fine offering, a collection of club tales and sizzling Texas moves that should keep our thirst slaked until the inevitable next collection of greats from the self-styled Club God.

Houston 3 AM plays like a victory lap of sorts. The usual suspects are all present and correct: Mr. Lee, Stunt N Dozier, Kirko Bangz and others, and BeatKing sounds better than ever, both rapping and producing (he’s got a healthy four credits on the tape, including standout ‘Deposit’). There aren’t many surprises, but that’s not why you’re listening to a BeatKing tape – what we get here is 20 (!) huge moments, from the unforgettable Southern slap of ‘This Ain’t My Thot’ to the charming 13-minute final monologue ‘What Am I (Outro)’. BeatKing has done it again – just make sure you stay for the whole thing if you don’t wanna miss out. 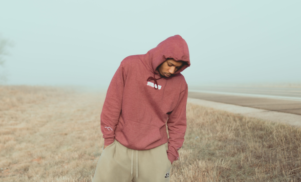 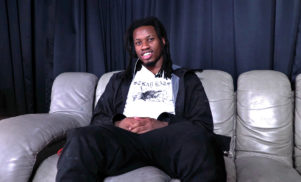 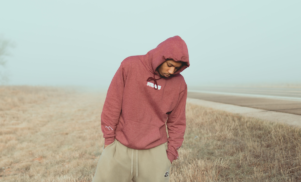