Think Differently: Is Apple Music proof that the company has stopped innovating?

Last week Apple finally announced that it would be jumping into the streaming music game.

At WWDC, the company debuted Apple Music. With a $9.99 price point and the tangential artist-friendly Apple Music Connect, Cupertino’s finest are gunning for both Spotify and SoundCloud (not to mention any number of other competitors).

To introduce the service, CEO Tim Cook trotted out Jimmy Iovine. You may know Iovine as co-founder of Interscope, responsible for Dr. Dre’s resurgence and Eminem’s career. He’s also Dr. Dre’s partner in Beats; since Apple Music is basically just a rebranded version of Beats Radio (which Apple acquired last year for $3 billion), it’s no surprise to see him involved in the launch.

That said, it is totally insane that Jimmy Iovine is the professional face of Apple Music because he is exactly the kind of music industry lifer that has fought tooth and nail against letting artists flourish in the post-internet era.

Let’s flash back to the early 2000s, when Steve Jobs introduced the iPod and the iTunes Store. The Big Four record labels collectively shit their pants: it was bad enough that MP3s were openly and freely traded on Napster and whatnot, but that was ostensibly illegal. Still, blogs were already chipping away at radio and MTV’s disproportionate tastemaking abilities. If Apple brought digital music to the mainstream, they could essentially destroy the money-printing machine that was the recording industry. Years of media consolidation, manipulated CD sales figures, radio payola and countless other types of systematic corruption were all at risk of obsolescence.

To slow the damage, the labels insisted on annoying and complicated forms of digital rights management (better known as DRM), now-antiquated ideas like linking your purchased music to your iTunes account and requiring a password to play it. In 2007, EMI was the first to go DRM-free, but they were the smallest of the major labels; it was seen as desperation, not innovation. But by 2009, iTunes went almost entirely DRM-free (still, Universal absorbed EMI in 2011.) 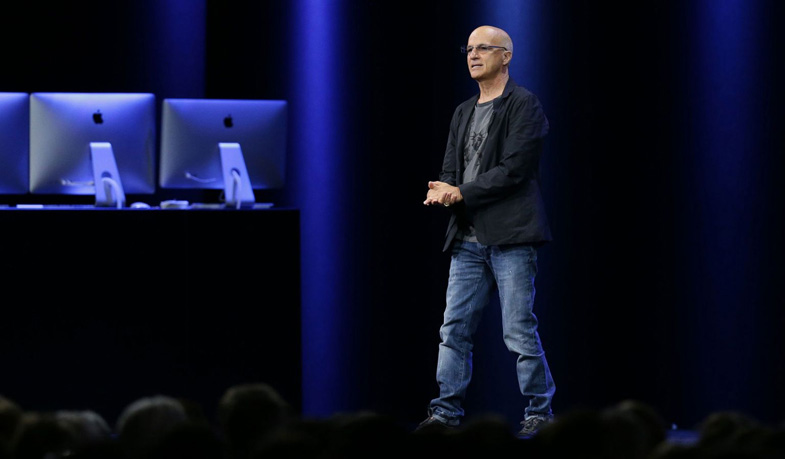 Apple started out by disrupting the entire global recording industry. Now it appears to be in its pocket.

The DRM fight was only the first of many times in which the major labels would use their influence to make listening to music on the internet difficult and annoying. They continuously picked petty legal battles with YouTube users, pulling down clips of toddlers dancing uploaded by proud parents over the music in the background. More recently, they have extracted several pounds of flesh from Spotify, and bullied SoundCloud into such aggressive anti-piracy measures that artists are frequently threatened with legal action for posting their own music.

Still, this was all new turf for the music industry. The fluidity of content on the internet meant reconsidering all conventional logic around intellectual property and copyrights. You can even forgive them for trying to put the toothpaste back in the tube, lacking any better ideas.

But the internet didn’t just change the way fans interacted with artists. It also changed the way labels interacted with artists. Previously, the major labels were the gatekeepers for radio and TV. They had teams of interns ready to ship promo copies to whoever whenever. It was impossible for a modest indie to hang. Enter the internet, MP3s, streaming media, innovative websites and, eventually, YouTube and Spotify: suddenly indies have the firepower to compete. And the likes of XL and Rostrum have some of the biggest artists in the world.

Despite the increasingly level playing field, the majors landed sweeter deals than their independent counterparts. YouTube allegedly offered standard, low-ball contracts to the various indies, while negotiating at length with the major labels. And, not surprisingly, Apple is already playing hardball with indies over fees for Apple Music.

Apple started out by disrupting the entire global recording industry. Now it appears to be in its pocket. Tim Cook probably thought Iovine’s appearance would legitimize Apple Music, especially to the tech community, perennially thirsty to stand next to anybody that seems remotely cool. But all it really says is that the days of Apple leading a 1984-style revolution in the music industry are over. Apple Music is not only not a threat to the old guard, it has their cosign.

To be fair to Mr. Iovine, he’s only guilty by association. He played the game very well even through the difficult days of the early 2000s. And I have to respect the savvy of a man who responds to plummeting music sales by investing in speakers: even stolen music needs to be heard through something! But he’s a power broker from the bloated, stubborn industry of old. His inclusion doesn’t bode well for revolutionary thinking.

And that’s the bigger point here: Tim Cook is picking the wrong side in the battle. The major labels are extremely well-capitalized and control the vast majority of the music in play, but they established their position with a business model that’s all but irrelevant today. The uncomfortable truth is that it’s very hard to monetize music the way it was two decades ago. Artists routinely give away their music, knowing that good promo for a good free project can pay off in tour, merch and licensing money. If they want to sell their songs, they can do so without much help. And while the now-standard “360” deals peel off some of these earnings for the labels, it’s hard to imagine that’s paying anywhere near as well as the pre-internet cartel model.

The major labels still have a lot of power and plenty of tricks up their collective sleeve (not the least of which was retooling streaming numbers to count towards Billboard certification). But it’s never been easier to make ends meet as a musician without a major label assist. For all the Zoolander-ian antics surrounding TIDAL, Jay Z’s cadre of madcap millionaires controlling their own destiny is the future of the industry. Any discussion of whether Apple Music will “succeed” is kind of beside the point; Apple is a billion dollar company that can easily shoulder the service’s most spectacular failure. But Cook’s alliance with the old music biz guard shows a lack of foresight. He’s not thinking differently enough.