It was all spelled out right there in the title.

After nearly two decades of praise it’s difficult to picture the stylistic tightrope Grim Fandango walked in blending film noir and Mexican folklore to tell its story of a Grim Reaper (basically a glorified spiritual travel agent), his four-year journey through the underworld to find a woman he’s sent on the wrong path, and the dark conspiracy they uncover. With full voice acting, a massive story spanning years, and extended homages to Casablanca and Double Indemnity, it was easily a game that could have collapsed under its own ambition.

But it didn’t — Grim took its concept and soared. Twenty years later, it’s returned in a new edition to the masterpiece-accolades (and sales) it deserved all along. Its remastering kept the soul of the game intact while polishing what needed to be polished: the graphics, animation, controls, and most importantly, the music.

Few soundtracks have ever felt more integral to the success of a video game than Peter McConnell’s score to Grim Fandango. The game’s blend of styles would never have held together so well if it weren’t for McConnell’s masterful ability to fuse Mexican folk music with Duke Ellington-era big band jazz and noir scores in the spirit of Adolph Deutsch.

Despite the powerful and original world creator Tim Schafer built, the music is tied to a very real time and place. McConnell was a working musician in the San Francisco music scene — a vibrant melting pot exploding with different cultures, styles, and musicians, many of which he brought in to craft Grim’s sound. It’s that sort of inventiveness that made the score — and McConnell’s later collaboration with Schafer Psychonauts — easy choices for our list of the 100 greatest video game soundtracks of all time.

McConnell is busier than ever these days. In addition to just coming off the orchestral remastering of Grim Fandango and continuing his work on Blizzard’s latest hit Hearthstone, he’s still working with Schafer with his company DoubleFine, and the final chapter of their latest game Broken Age came out this year to a stellar reception. FACT caught up with McConnell to discuss his original work on Grim, revisiting it years later to remaster and record selections with the Melbourne Symphony Orchestra, and his own inspirations over the years.

How did the remastering of Grim Fandango come about?

Grim was really just a miracle connected to a miracle connected to a miracle. When LucasArts was acquired by Disney, there were some very thoughtful folks — one in particular named Rob Cowles — who made sure that all of the audio assets made it through the transition. You can imagine in the back of some huge warehouse somewhere — right next to the Ark — were the Grim Fandango archives.

Once we found it, which took almost two months, it was on these completely archaic 16-year-old DLT tapes that required specialized hardware and expertise. Fortunately, my colleague Jory Prum, who did the mixes for the orchestral pieces, is kind of a tech genius. [He was] on the phone for a couple weeks with tech support from the tape drive company and I’m sitting there biting my nails because we were relying so heavily on that data to really be able to do anything significant with the score. Otherwise we would have just had to remaster the stereo files which would have been a minor tweak at best.

When it was all said and done we got literally everything in the entire three-hour score except for two cymbal hits. Which really makes me wonder what happened to those cymbal hits. [laughs]

I don’t want to dwell too much on the technical aspects, but the fact that I could open a Pro Tools session from 1997 on a new version of Pro Tools was totally indispensable because without that we would have just had zillions of takes without any clue what to do with them. So there were many links in this chain from getting everyone who was interested to finding the data to actually retrieving the data to finally being able to use it. None of it would have happened if there weren’t so many people in LucasArts, in Disney, in Sony, in Doublefine who just love this game. I’m just so grateful everyone got to do this labor of love, because that’s really what it ended up being.

What was writing the music for Grim Fandango like? Did you have much to go on in the beginning?

Pretty early on, Tim showed me some of Peter Chan’s sketches and he gave me a little homework. He gave me his collection of Humphrey Bogart movies and some records of Mexican folk music called Son. It’s very raw and soulful music played on improvised instruments. I would kind of hum tunes into my little cassette recorder [and] play them for Tim.

I had a long time to prepare. I could mediate on the music a little bit. We set up on our system that we created a little buttons that represented places in the game to create a kind of visual score. We started recorded Tim talking about the game and turned it into little snippets of him talking about each thought in that interface. So you could click on a room and hear Tim talk about it. I would hum a tune or come up with a theme and Tim’s voice would be replaced. Then we did a MIDI score, a kind of mock up, and finally used live musicians. I will say, besides the guidance from Tim, there’s a lot of cultural influences in the game. It’s a very big game in terms of culture. 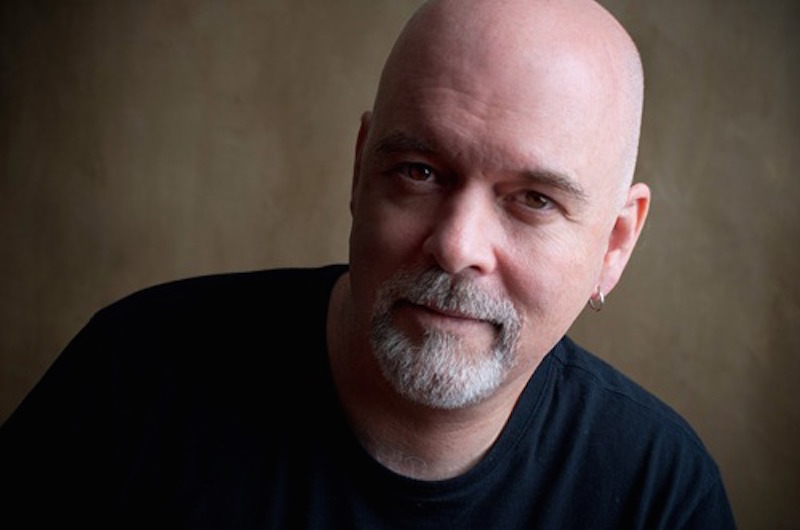 “The entire score comes from the Mission District”

What are some of those?

There’s a particular part of San Francisco called the Mission District. The Mission is really, for my money, the crown jewel of San Francisco. It is so diverse and interesting. The club scene was very big and in the Mission you had a lot of rock clubs, a lot of jazz clubs, places like Bruno’s where you could go and have a martini and listen to Tom Waits’ reed player play with a band. Then around the corner you could go check out some acid jazz at the Elbow Room, or you could go to the Make Out Room and see some unusual alternative rock, and if you get hungry you’d go around the corner and go to the taqueria and hear a mariachi band.

In terms of the live music that’s in the score, the entire score comes from the Mission and every musician who played on that score either lived in the Mission — like the Peruvian flute player — or played there regularly, like the mariachi bands and the jazz players. It was literally a score that was created by the Mission late at night.

The one element that we didn’t get so perfectly was the orchestral element — more of the film noir orchestral score. That’s what we were really able to do in a big way with Grim Remastered. We were able to get live performances with the Melbourne symphony. So between the remixes and the symphony it turned out to be the score the way it was always meant to be heard.

What drew you to electronic music initially?

Well, when I was first in college it was an interesting time technologically. MIDI had pretty much just been invented. I remember going to see Stevie Wonder at the Harvard Black Law Students Association. It was a total surprise, the posters went up the day of the event. And I remember running over and there’s Stevie on stage with a little drum machine and a keyboard. He actually took questions and talked — one of the coolest shows I’ve ever seen — one of the students stood up and said “what the hell is that thing?” And he said, “It’s called DX-7!” And I say that for you electronic guys, but there it was, FM synthesis heard by my ears for the first time from the great Stevie, and by that fall we had Performer running on our little Mac Plus and DX-7 in the studio. It was very exciting.

So from there how did you move into game music?

When I got out of school I worked for Lexicon, so I was right in the heartbeat of what was happening technically in electronic music. All my engineering friends and my friends at Lexicon worked on a UNIX Bash which had Rogue and Zork on them. So I had engineering friend who had gotten all the points in Zork which was a great badge of honor. So when I got my little Mac, I began a bit of a Zork addict myself.

My classmate, friend and colleague Michael Land worked with me at Lexicon came out San Francisco and and we had this plan to start a band. The band idea kind of withered up, but he got this really cool job at Lucas Arts. I came out to see what he was working on and saw something called a graphic adventure.

I loved Zork, I loved solving puzzles, but a graphic adventure was totally different. I was like “wait, there’s drama in this, I could score music to this”. It was a wonderful sort of eye opener to start working for LucasArts and to see what you could actually do with music on a computer in an interactive situation.

What has you excited about music in games now?

I think the thing about music and sound for games these days is there is no one story. There are aspects of it that are huge entertainment business, I love that fact that I can write music for an orchestra and people are gonna hear it, but that’s been true for years.

I think the newer development is on the mobile end where they’re dealing with some of the technical challenges we were in the early 90s, and being really creative with how to handle it. I mean I’ve done music for iPhones that uses a live orchestra, I’ve done music for iPhones where we intentionally use cheesy sounding samples because that’s what has the most entertainment value for the particular title. works best for the title. So you have limitless choice and that can be daunting. The challenge is creating your own limitations in that context, so you still make a focused statement.