Evian Christ, hyper-trap and a pop star being born: The audio-visual highlights of Sónar 2015

My two overriding memories of this year’s Sónar Festival in Barcelona couldn’t be more different.

One was Evian Christ’s live show of punishing bass and unapologetic trance, with monochromatic visuals designed by Emmanuel Baird at Sónar By Day. The other was watching Annie Mac playing a set of Ibiza-friendly house music while a stylised cartoon image of her face pulsated on a giant tower of screens at Sónar By Night.

It’s a fairly good encapsulation of Sónar as a whole. It occupies a unique position now, somewhere between commercial mega-raves like Tomorrowland and Electric Daisy Carnival and experimental festivals like Unsound. As such, the visual element of many of the shows feels as important as the music, either in the type of subliminal artist branding visible during Annie Mac, or the hypnotic light show that played out during Evian Christ’s set – a work of art in its own right. At Sónar’s +D tech conference, you could even escape into virtual reality using an Oculus Rift. 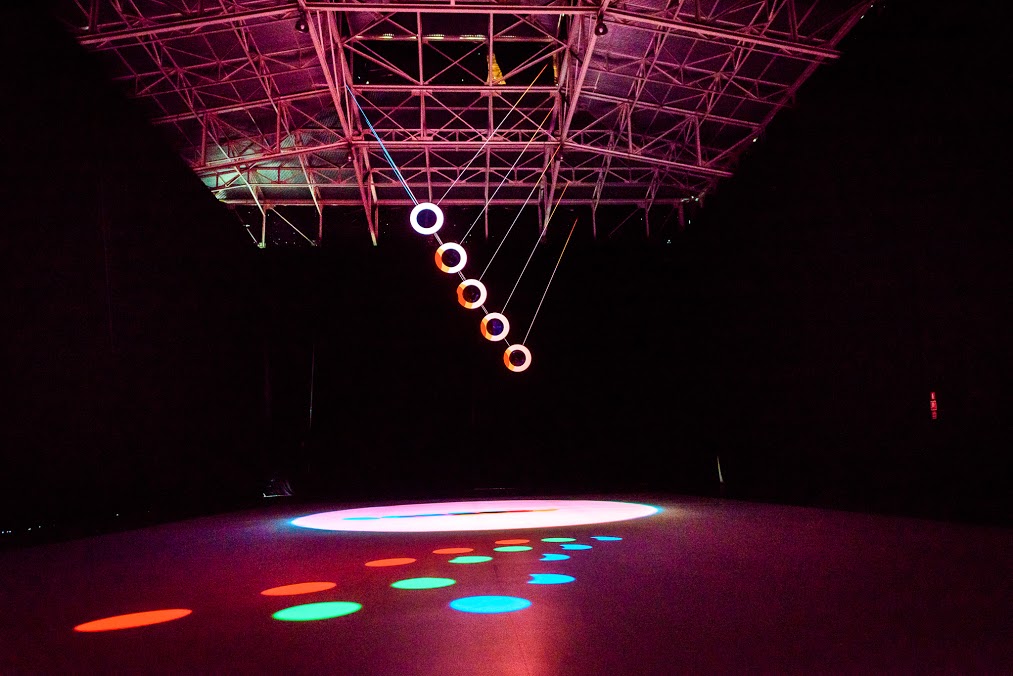 It’s one of the things that marks Sónar out among its peers. Take ART+COM’s RGB|CMY Kinetic installation for example, where five reflective discs swung through the air like a giant Newton’s Cradle. Set to music by Icelandic composer Ólafur Arnalds, the installation was both stunning to look at and thought-provoking. Placed in the Sonar+D tech conference, it’s unlikely many of Sónar’s average attendees would have seen it, and as such it felt like a futuristic prototype, the kind of thing that might appear as part of somebody’s live show in Sónar festivals to come.

Though Flying Lotus’ dual screen 3D show provided one of the festival’s other most visually impressive shows, not all the shows delivered such high-concept visuals. Some were more content to adopt a less-is-more approach to equally impressive results, like Lorenzo Senni’s set of pointillistic trance in the SónarComplex auditorium with a simple lighting rig. There wasn’t much to it, but the way the lights swung at diagonal angles mirrored the way his super-saw waves cut through the conditioned air. Senni’s music references a simpler era of dance music, and so did his light show. 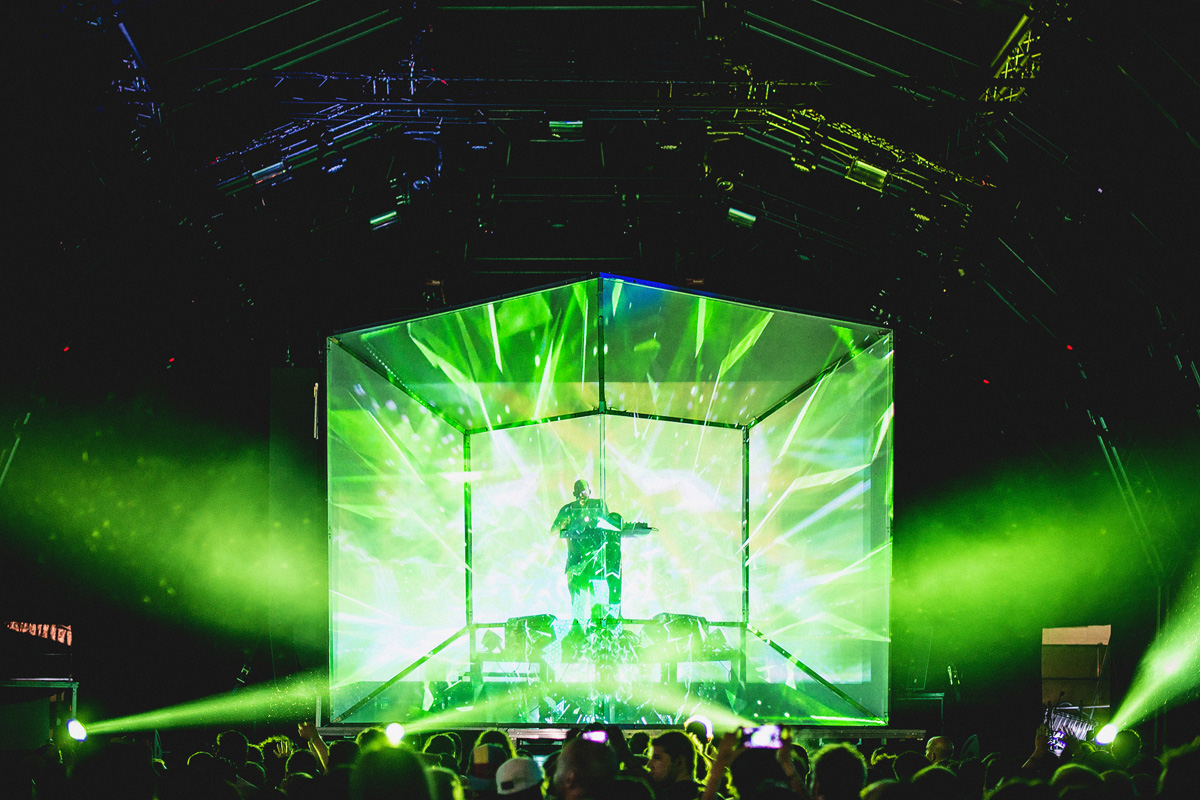 Despite the visual feast on show at Sónar, some of the most enjoyable performances of the whole festival took felt notable for the relative absence of any visual stimulus. One was Autechre, who played in a pitch black SónarHall to a huge crowd that slowly peeled away as things got more confusing. At one point the person dancing next to me described what they were playing at one point as “hyper-trap”; it might sound ridiculous, but without anything to look at, Autechre’s scattered beats and bass singularities seemed to take on whatever form you wanted them to, be that IDM or something much more populist.

Then there was SOPHIE, whose set on the SonarLab stage at Sónar By Night was devoid of the kind of visual trappings present at PC Music’s recent Pop Cube show. It was the first time SOPHIE’s music had fully clicked for me, and it was probably something to do with the fact I was listening to it on a large festival rig. It’s still difficult to shake the feeling I was listening to the same kind of thing Fake Blood was doing five years ago, but it’s hard to deny that his combination of hyperactive sound effects and pitched basslines was a much better way to spend a festival than Jamie xx performing a slick but fairly polite house set. Ultimately, Sónar is about fun; at much the same time as Jamie xx was playing, Skrillex was dropping Fetty Wap’s sleeper hit ‘Trap Queen’ to a hangar-sized arena full of people losing their minds – a moment that showed just how much Skrillex gets what Sónar is about. 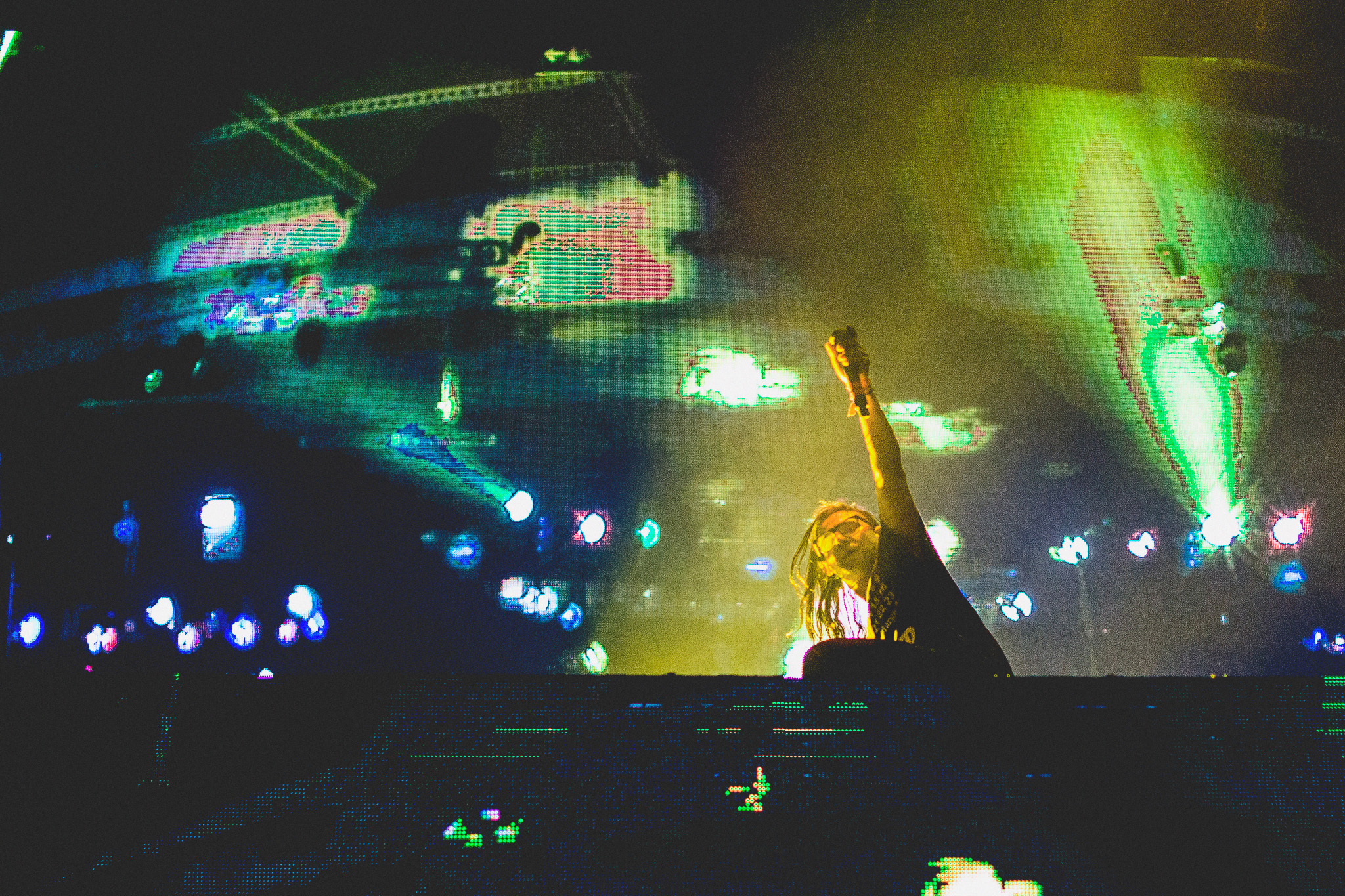 Even the SónarCar stage – whose proximity to the dodgems and leaky sound usually makes for a fairly terrible experience – provided some incredible shows. On the Friday night Powell’s brilliant live show of scorched offbeat rhythms set the tone for a night of punishing kick drums from Paranoid London, Randomer and Helena Hauff. Barcelona is full of satellite parties during Sónar, but it’s unlikely there would have been a better night of techno than that anywhere.

Sónar is often criticised by some for its mainstream bookings – and Saturday’s Sónar By Night felt let down by a collection of big DJs pumping out identikit 4/4 rhythms – but equally it’s a playground, a place to leave your prejudices behind and get caught up in what is the closest thing underground dance music has to a theme park. A case in point: Who knew the hero of the festival would be Tiga? Presenting his debut live set, he ditched the baseball cap and big room techno for a slick white suit and a catalogue of pop bangers he should have been playing to arenas years ago. Tiga’s clearly been waiting years to become a pop star, and he’s finally achieved it. 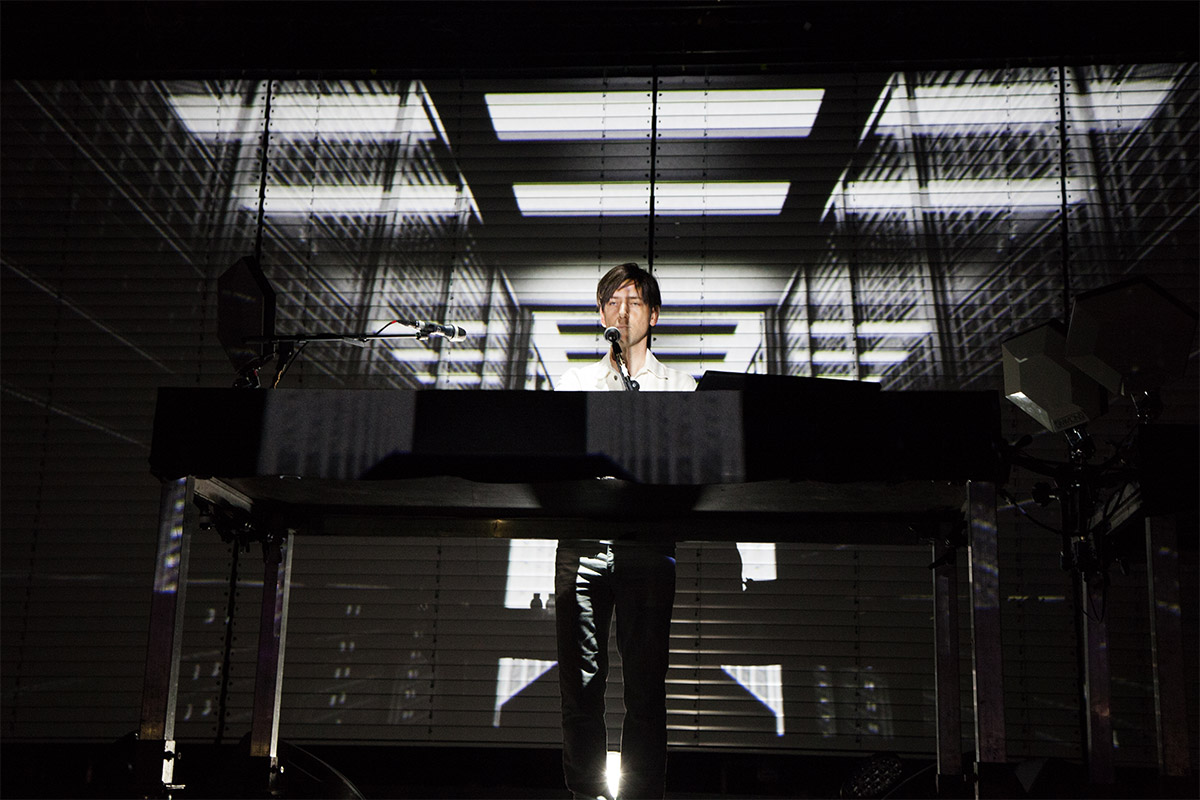 The focus on genuinely underground sounds is also a lot more impressive than people give the festival credit for. The rapturously received performances of both Skepta and JME and The Square for example showed that there’s as much hunger for grime on the continent as there is in the UK’s capital. There’s plenty of questionable stuff at Sónar, but nowhere else is it easier to tune that out and find music that genuinely pushes boundaries.