Chrononautz turn sweat and spittle into techno bludgeoners on Noments

Opening with ominous waves that wash over you like the tides of a litter-strewn beach, closing with drenched and distorted pulses, Noments is a baptism in dancefloor techno’s scuzzy and unhinged underbelly.

Its seamless 35 minutes [which you can experience in full in the video animation by Rendered Eyes, below] follow an erratic trajectory, pinging between rusted fist-pump bangers and acidic interludes, riding techno’s midnight express through industrial complexes and fog-flooded countryside. If it ever sits still, it’s brooding, waiting for the next jump. It’s also a whole lot of fun, embodying Chrononautz duo Dom Clare and Leon Carey’s approach to their year ahead for this whole music thing: “Fuck it, set our heights high and relatively stupid and see what we can achieve at the end of it.” Little surprise the record’s had the nod from Regis (“It’s fucked, sounds like LFO/KLF/RSPCA, brutal!!!”) and Perc.

Based in Leeds, Clare and Carey have been playing together in some form or another for a while – as mid-00s experimental/art rock trio Chops, they were as explosive as they were ridiculous, and it doesn’t sound like that ethos has changed even if the genre has. Carey affirms this: “We improvise. Weirdly, it’s organic. That’s probably the best way to put it. It just doesn’t start anywhere. So whatever we start with, is the start of the track.”

“I still pretty much just turn on and start fiddling until I get to the sound I want to use and then go from there,” Clare adds. “I don’t really know where we fit in – don’t really care. It’s not really why we started to do it. But it is techno.”

The pair initially started out with “a couple of synths and a 606 drum machine”, though their inventory has grown a bit since. “[Chrononautz] was three or four years ago now,” says Clare. “We were in here at least 10 hours every week and then probably another 10 hours a week of mixing and producing it, editing and mastering it.”

The first thing they did with the band was assign roles. “I’m a technician, that’s what I do – I go in that room and make sure everything works and everything’s coming together in time or whatever. Dom’s role is to bring all that and lock it in, because obviously we use a lot of gear, it just fucking modulates, the tempos go in and out all the time – so Dom takes it away and locks it all in.”

Having played together for so long, they trust in each others’ visions of where to take the music. Their studio time is spent jamming, sometimes resulting in segments up to 40 minutes in length before Clare leads the process of stripping away elements, rearranging sections and structuring the narrative of their music. “We got rid of the shit bits,” he jokes of Noments, while Carey contests that they’re simply ideas that needed to mature: “Eventually we’ll go back to those ‘shit bits’ and realise where we went wrong, and probably re-use them by resampling certain moments coming in, rewriting certain drum tracks.” 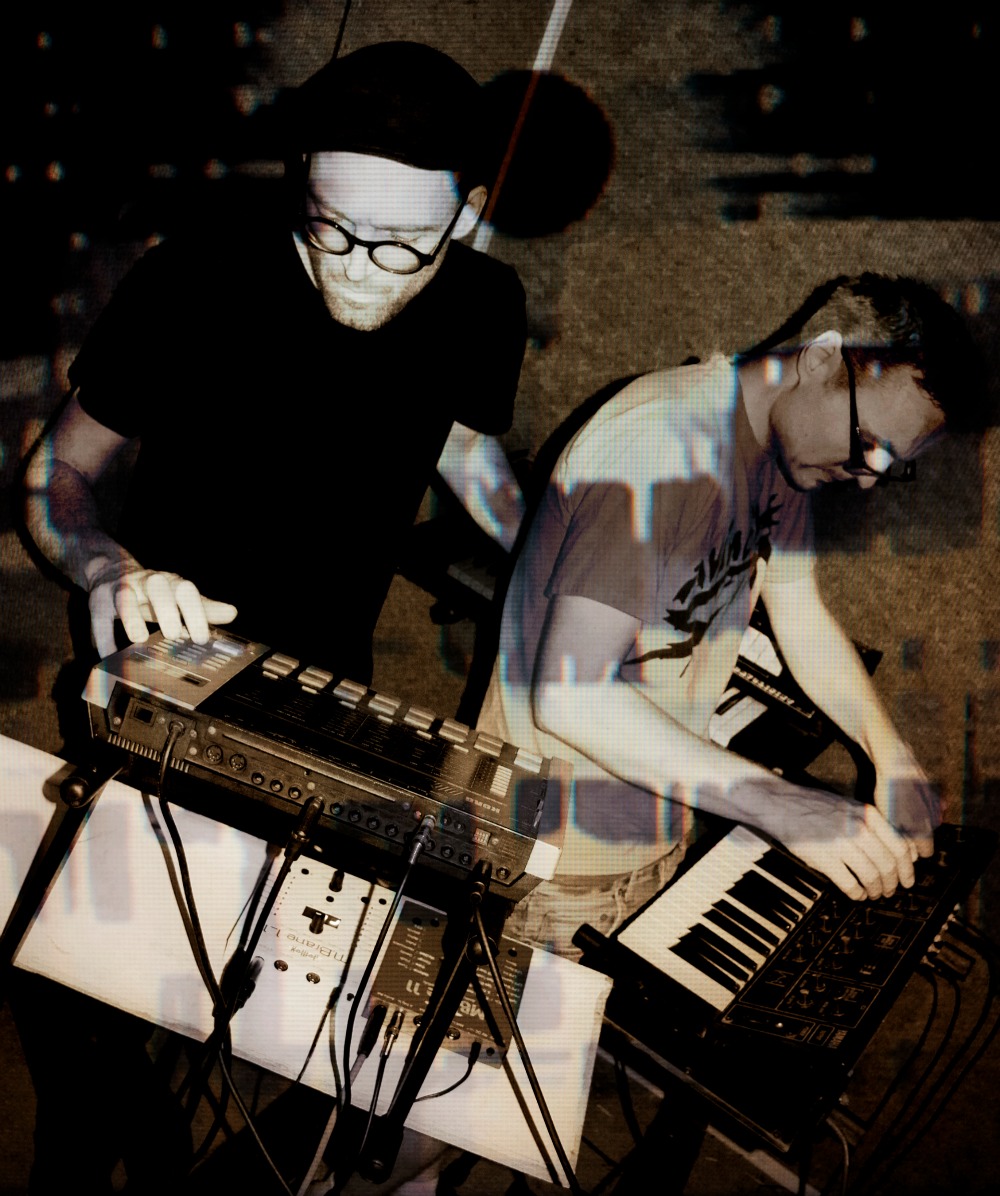 “Some ideas we do just abandon,” says Clare, “especially when you make as much music as we have done, which is an insane amount really. In modern times people tend to shy away from what they deem saturation, and I wouldn’t be as egotistical to suggest that it’s because they haven’t got enough ideas to be [used], but you know. I don’t have many musical idols but one I do have is Sun Ra’s Arkestra – they basically released a few albums a year for decades. Some people put out one or two tracks – that’s fine, this is just what we do. That’s not to say that it’s not heavily quality controlled. If we let it go out, there’s still hours and hours that no one else is going to hear.”

With Noments, the pieces fell together more naturally than their other records, and Carey entertains the thought that a better studio might speed up the refinement process. Would their music be just as dishevelled in a pristine studio, rather than their current set-up in a less-fashionable residential part of Leeds? “It definitely would because the fuzzy aesthetic comes from our heads. It’s not from the equipment we use, it’s us. We’re tall and fuzzy. We’re dirty, rotten punks,” declares Carey. “Slightly anxious, a bit nervy and a bit stupid, and other things that our music is,” grins Clare.

Clare was also behind the visual accompaniment to Noments, a record that both agree is best heard in one take. The video’s filtered shots of buildings, dancers and archival footage is in a way reminiscent of the visuals at smaller clubnights. After recording the album, Clare felt a retrospective meaning dawn on him.

“When I listened back to it I knew what it was about – a very brutal process of Leeds’ really nice brutalist buildings being destroyed. The kind of feeling where there once was this ginormous, unfathomably large, massive concrete beast stood there… And some of them actually were a bit crap, maybe, but loads of them were actually amazing and should not really have been knocked down. I think it’s a bit sad when you see some of the other pretty shitty buildings in replacement, or not [there] at all. 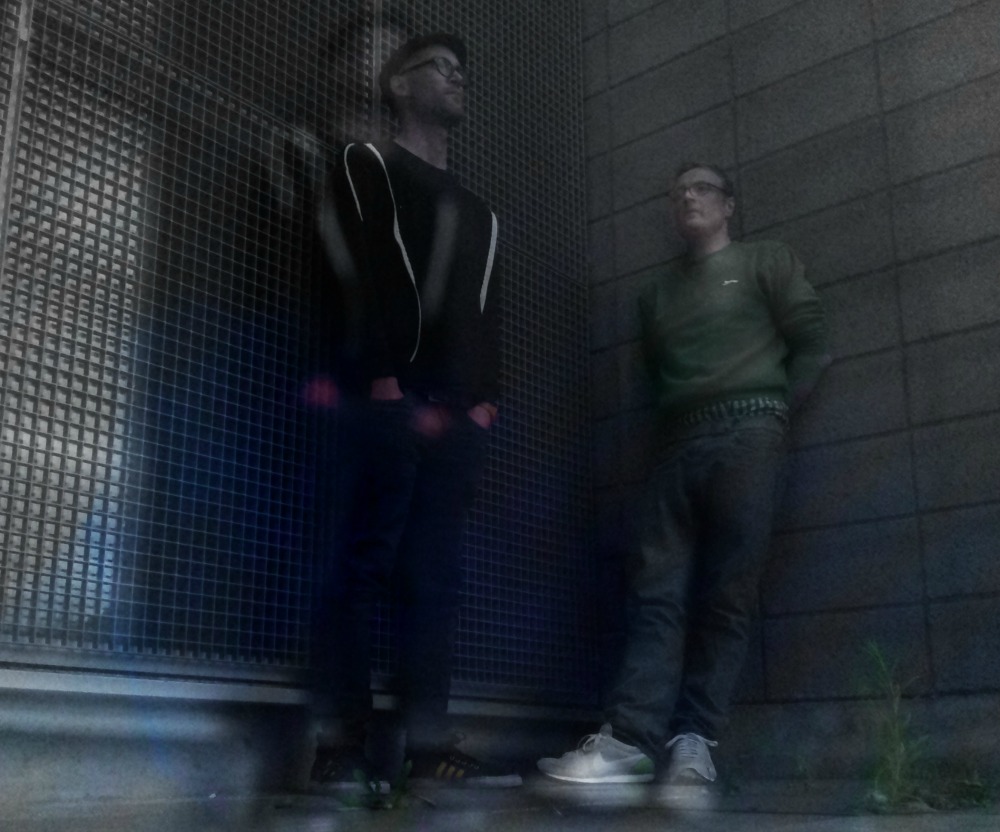 “We just wanted people to dance. It didn’t matter how fucking crazy we were getting, as long as you could still move to it”Leon Carey

“I was thinking [the video] could be in an art gallery as a commentary on the way that buildings and the environment around you actually do affect people. But then it’s not really the kind of music that’s going to work in an art gallery, is it? But I like that juxtaposition ’cause I think, like, why the fuck not? I can do what I want.”

Going their own way has served Clare and Carey’s music well so far. Last year’s Public Domain Fuckover Series is set to be followed by further releases this year, while 2015 will also see them further combine their DIY spirit with techno sensibilities through their clubnight SECT. “I like seeing that there’s still a DIY scene kicking off that, like, whatever music you’re into, doesn’t matter what it is, if there’s still a DIY scene kicking off for that you should be going to see those guys, ’cause they’re better,” says Carey.

Live or on record, their aim remains the same: “That was the main thing – we just wanted people to dance. It didn’t matter how fucking crazy and fuzzy we were getting, as long as you could still feel that, you could still move to it – even if you just bobbed your head, you were moving, whatever. It still meant that we were still getting people dancing.”

Noments is out on LP and digitally on July 17 via The Quietus Phonographic Corporation.