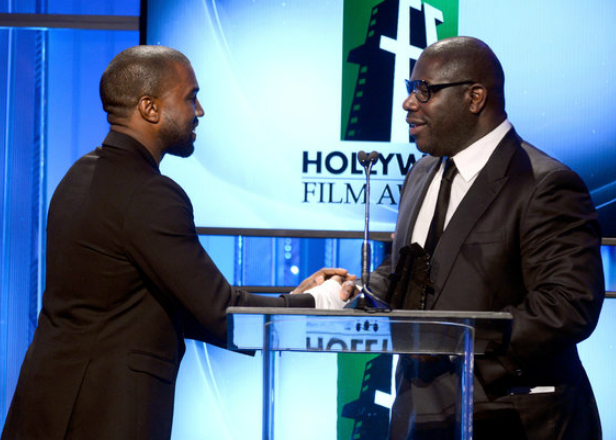 McQueen has directed the joint clip for ‘All Day / I Feel Like That’.

A new Kanye West music video will be screened at the Los Angeles County Museum of Art on Saturday. The joint clip for previously released single ‘All Day’ and upcoming album cut ‘I Feel Like That’ was premiered at Paris Fashion Week in March. July 25 will see the video receive its US debut.

The video is directed by British filmmaker Steve McQueen, best known for films 12 Years A Slave and Shame.

According to the New York Times, the clip was “filmed in a single nine-minute take at the Chatham Dockyard in southeast England and “follows Mr. West through an empty warehouse as he runs, crouches, dodges, raps, rants, sweats and pants, as if being pursued by the camera or the police or in pursuit himself”.