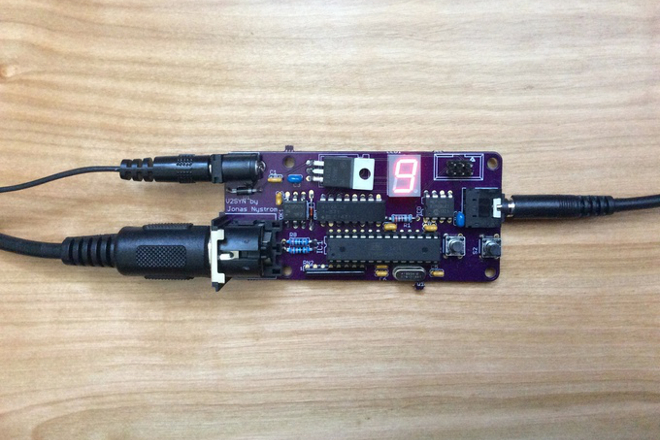 If you’re looking for a synth to make 8-bit sounds there’s no shortage of options.

As well as basic software and hardware synths there’s a Eurorack module that gives you 8-bit sounds, but the Arcano MIDI NES Chiptune Synthesizer is one of the more minimalistic options you’re likely to see.

The sound is provided by a microprocessor programmed to emulate the sound of the Nintendo Entertainment System’s audio processing unit, and features a MIDI connection and 1/8″ jack input. Arcana Systems also claims that the digital-to-analog converter chip it uses is capable of creating a “clear, high-quality audio signal” compared to other chiptune synths.

The synth only launched on Kickstarter a few days ago, but has already met its modest $1,000 goal. It’s not much to look at, but keeping things to a simple circuit board means the cost is low – $60 for a self-assembly kit or $85 for an assembled model. It probably wouldn’t be difficult to build you own case for it if you wanted.

You can check out the synth in the video below, or pre-order one from Kickstarter. For some chiptune inspiration, check out FACT’s list of the 100 greatest video game soundtracks.