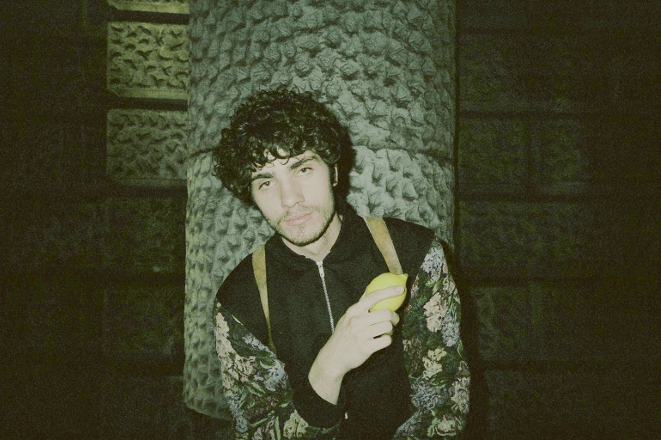 This week’s haul includes a techno mix full of twists and turns, some lifelong favourites of the esteemed Lawrence English, a special mix of belters from Detroit’s Red Planet label and, conveniently coinciding with this week’s big feature, a classic trip-hop session from DJ Cam.

Having recently rebooted his Infrasonics label with a 12″ of “microscopic in detail yet rough and ready” techno, UK producer Spatial steps up for the long-running Solid Steel series. Like his music, this almost two-hour mix is both banging and pleasingly off-the-grid, mixing up everything from Leafcutter John, Tapes and Sculpture to A Made Up Sound, Pev & Kowton and Szare. If you’re in London, he also plays Corsica Studios on July 31 for the inaugural (and free) Broken Sonics party.

Lawrence English
15 Years In The Night Of The Wilderness

Ambient mogul and Room40 mastermind Lawrence English has contributed not only a mix but a set of enlightening annotations to Aussie arts and culture outpost Four Thousand ahead of his label’s 15th anniversary celebrations. Along with tracks from Room40 affiliates William Basinski and Grouper, he’s selected Trent Reznor’s mucky industrial mix of David Bowie’s ‘Heart’s Filthy Lesson’, some Alessandro Cortini and “the two great bands on the face of the planet right now”, The Necks and Swans.

Tarquin is the latest recruit to the Gobstopper Records cause, combining 8-bar grime with bassline house and sweet R&B melodies. His Hyponik mix is full of the contrasts that make up his style, throwing a hefty serving of saccharine together with heavy rhythms from Finn, Loom, Strict Face, Akito and more. There’s also plenty of his own unreleased productions, including what might be the first time we’ve heard the Twin Peaks theme in a grime set.

Founded in 1993, Detroit’s Red Planet was a sub-label of Underground Resistance that’s been somewhat lost in the mists of time since its last release in 2010. On this mix (recorded in 2012), Diagonal’s Jamie Williams takes us on a trip through the label’s interstellar funk, all of which was credited to an artist called The Martian. If you’re a fan of UR, and indeed classic Detroit techno, this is an essential history lesson.

With supernatural timing, DJ Cam serves up a downtempo session of blunted breaks for Inverted Audio just as FACT unloads its definitive rundown of the 50 best trip-hop albums. While the French producer was happy to look back on some classic records from Tricky, DJ Shadow, DJ Krush and more for this mix, he told IA that he’s more into Mike Will and the TM 808 Mafia crew these days, thanks to spending half his time in Miami’s South Beach – the influence for his new unofficial soundtrack for 80s TV series Miami Vice.

Our latest pick from the increasingly essential Radar Radio schedule is an outsized set from Trax Couture’s Akito, who invites Hyperdub shapeshifter Ikonika along for two hours of cutting-edge weirdness from the outer territories of house, grime and ballroom, including new strains of percussive club music from Durban’s Gqom movement.