Here’s what the Dilla-inspired donut shop will look like

Two years ago, Herman Hayes (an uncle of J Dilla) announced plans to launch a donut bakery in Detroit called Dilla’s Delights. While the store is not yet open, that could be changing soon, and to prepare for the opening, Hayes has launched a food cart.

“Making doughnuts is something I can do for the rest of my life,” Hayes said previously. “It is something my kids, grandkids and Dilla’s kids have to build their life on. Naturally, you go into business for profit, but at the same time, this is spiritual because we have to protect J.Dilla’s legacy in a positive manner.

“I was surprised his last album was called Donuts. It was an honor. This guy was dying of lupus and he wanted to finish this album on his deathbed. Who wants to make an album when you are in that much pain? My sister had to massage his hands for two hours so he could work that player for 30 minutes.”

Dilla’s Delights will open soon on 242 John R Street in Detroit, and the food cart is setting up in various places across the city. Head to Daily Detroit for renderings of the shop. 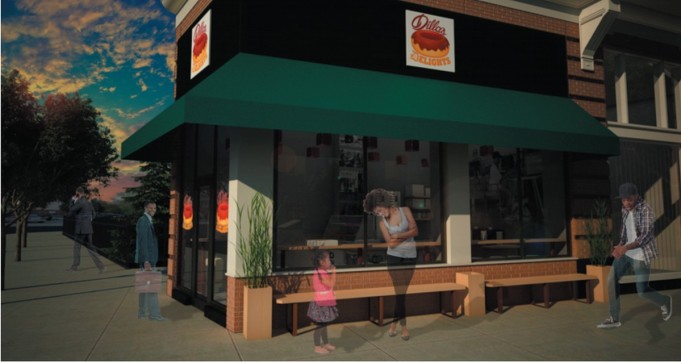