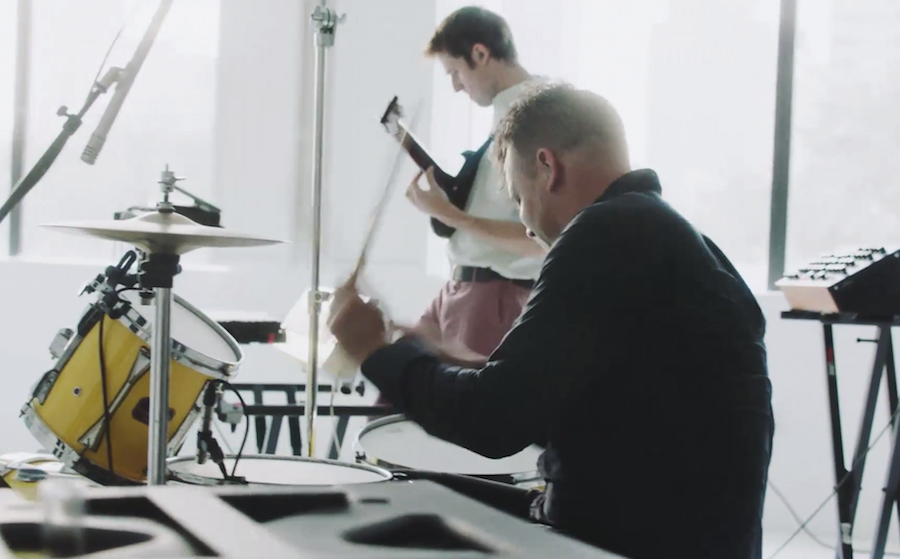 Battles have held back on sharing studio tracks from their upcoming LP opting instead for videos of them performing live. It’s a smart move since Battles have always been their best in a live setting.

In this new session that’s streaming all day on a 24-hour loop, the band show off four new songs including album opener ‘The Yabba’, ‘Summer Simmer’,‘Tyne Wear’ and ‘Dot Com’. They’re all knotty, complex and highly entertaining performances and you can watch them all below.

La Di Da Di is out September 18 via Warp, order it here.